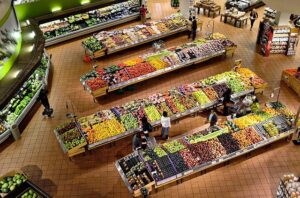 TORONTO – When inflation is running wild, there is the risk of “greedflation”: some companies, that is, could take advantage of the situation to make higher profits. It is not known if this is the case of the large Canadian food companies: it is certain that some of them have seen their profits increase right in the middle of a crisis that, instead, is bringing families to their knees.

This is what emerges from the report of the Agri-Food Analytics Lab of Dalhousie University, based on a research led by professor of food distribution and politics Sylvain Charlebois and published today, which compared the year-end profit margins of the three main chains – Loblaw, Metro and Empire Co. which owns Sobeys – for the past four years and found that those profits have remained virtually unchanged, if not even increased, but “there is no public evidence of so-called ‘greedflation’. “Indeed, revenues have increased dramatically, but so have the costs of goods sold”, the report says.

Some examples: Loblaw’s gross margin was 3.76% in 2021, only slightly up from 3.57% in 2018. Similarly, Empire’s margin also grew by less than a point in the year. same time period, from 1.64% to 2.08%. Metro, on the other hand, which recorded a negative margin of -0.24% in 2018, recorded a profit of 0.44% in 2021. Charlebois and his fellow researchers found that, with a couple of exceptions, the same trend has been observed over the past four years among major food companies, including Walmart, Costco, and Kroger. “The numbers are not pointing to commercial abuse towards consumers”, affirms the report that comes shortly  after Statistics Canada reported inflation caused food costs to rise 9.9 per cent this past July, compared with a year ago, the fastest pace since August 1981. Among the food items that have got considerably more expensive, bakery goods (+ 13.6% compared to last year), eggs (+ 15.8%) and fresh fruit (+ 11.7%).

According to GlobalNews, the heads of Loblaw, Metro and Empire have lamented that rising food costs have shifted buying habits, with customers sticking to shopping lists and avoiding impulse buys while gravitating toward lower-cost “house” brands. They also said other economic factors like labour shortages have “softened” growth.

For all three companies, therefore, profits increased. But all three also say this was largely due to high sales in pharmaceutical divisions, which far outstripped food sales. Among Loblaw’s stores, for example, pharmacy sales increased 5.6% from last year, while grocery sales increased only 0.9%. Metro also recorded a 7.2% increase in pharmacy sales compared to a 1.1% increase in food sales. “Right now, between coughs and colds … it’s like we are in the middle of winter,” commented Loblaw’s chief financial officer Richard Dufresne.

The Dalhousie University report suggests more evidence is needed as to whether major grocery companies are taking advantage of to record higher profits. “A proper investigation by the Competition Bureau of Canada would shed more light on industry practices,” the researchers wrote. In short, the risk of “greedflation” exists. But go find out …

Photo by ElasticComputeFarm from Pixabay