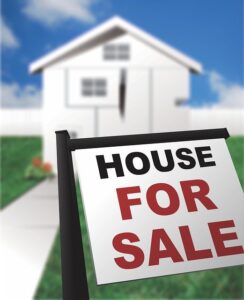 TORONTO – The increase of one sharp point in the interest rate, decided by the Bank of Canada in recent days, proves to be a torpedo that risks sinking the real estate market, as was foreseeable.

A senior economist at BMO Capital Markets, Global News reported, says the Bank of Canada’s recent move to raise the interest rate is preparing the housing market for an even deeper “correction” next year. Robert Kavcic, this is the name of the economist, argues that the “surprising” rate hike of one percentage point communicated by Governor Tiff Macklem last week was like “hammering” the real estate market.

In a note to investors, Kavcic said the increase that prompted commercial banks to raise loan payments made it more difficult to qualify for a mortgage under Canadian “stress test” rules. The “stress test” sets the qualifying rate for uninsured mortgages at 2 percentage points above the contractual rate or 5.25 percent, whichever is greater. And, according to Kavcic, prior to the Bank of Canada decision, floating rate borrowers still qualified at 5.25%, but now that threshold has risen to around 6%, which he considers “a huge pill to swallow for the market”. Fixed-rate borrowers, on the other hand, qualify for around 7 percent, and this, according to Kavcic, will also reduce their purchasing power.

Meanwhile, the Bank of Canada itself predicts that inflation will “just” exceed 8% in the next few days and will remain in this range for a few more months: Governor Tiff Macklem told a group of companies in recent days. Macklem, who spoke to the Canadian Federation of Independent Business after the shock-to-shock hike in interest rates by a dry point last Wednesday, said “inflation is high 7 and will likely exceed 8%. We know. that oil prices were very high in June, so I wouldn’t be surprised to see it go up”, he added.

Canadian inflation was 7.7% in May, the highest since January 1983. Some analysts expect June inflation to reach 8.3%, which would be the highest since 1982. Macklem has in fact confirmed this analysis, reiterating however that the Bank of Canada expects inflation to drop to 3% by the end of 2023 and to the target of 2% in 2024. We’ll see.

Image by Merio from Pixabay