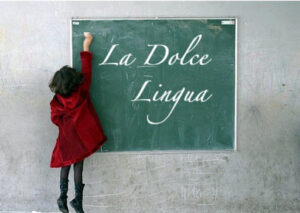 TORONTO – Foreign language teaching programs in Catholic schools are under attack again. Not that it is a big surprise, as they attempt to eliminate International Languages (“IL”) cyclically returns to Ontario’s various school boards: it’s like tax season or allergy in the spring. It is surprising, if anything, that this time opponents of the “IL” program decide to show their muscles in the midst of the worst pandemic in a hundred years, with the third wave that only these days seems to slow down and with the schools of the province closed due to the lack of plans, protocols and guidelines capable of guaranteeing the safety of students, professors and non-teaching staff. And it is surprising, at the same time, that in order to re-fish for the umpteenth time an issue on which it would be appropriate to put a tombstone on it, it was decided to deploy heavy artillery, with the involvement of the CBC. The national channel has provided service on the boards of parents of four Toronto schools – St. Francis Xavier, St. Fidelis, St. Bernard and St. Matthew – which have officially asked the Catholic department to eliminate the mandatory teaching of foreign languages, courses they call “arbitrary, expensive, and that take resources away from more important subjects in the school curriculum.” To support their reasons, the trustee of reference, Daniel Di Giorgio, who will present a motion at next Thursday meeting – reveals the CBC – calling for lowering the quorum necessary in individual schools to reopen the debate on the fate of International Languages: currently, 90% of relatives of a particular school must vote in favour of reopening the debate, Di Giorgio proposes lowering the threshold to 67%.

There are currently 44 schools on the Toronto Catholic District School Board that offer the teaching of a foreign language through the IL. After the provincial government has washed its hands, it is the department itself that provides the financial coverage of the program, at a cost ranging from $7 million to $9 million.

Now, we have to try to figure out what we’re talking about. The vast majority of students participating in this program learn the basics of the Italian language, with some courses in Portuguese, Filipino or Ukrainian.

What is the educational value of these programmes? Parents who are calling for the programme to be abolished believe in essence that this is a waste of time and that other educational aspects of the school curriculum should be exploited.

“What is it for?”, they ask, supported by the Italian Canadian trustee Di Giorgio. But by making this speech you enter the slippery ground. Because then one might start to wonder what it’s like to learn the first notions of music, or study art, or do gymnastics. Nothing at all, right? So let us eliminate them in order to favour other matters.

But wait a minute. What is the point of knowing which is the capital of Burundi, or the name of the mountain range that runs through Kazakhstan?. To nothing, then let’s eliminate geography. And why should we study the events of peoples who lived hundreds and thousands of years ago? Away also the story, “useless, arbitrary and expensive”.

That then if we think about it well, after all, what will it be useful for our children to know the difference between an isosceles or scales, or the scoreboards, or the second-degree equations? We also eliminate geometry and mathematics.

And we want to talk about literature? Why study poems, literary works and writings from the past? Mouldy stuff, outdated paperwork, that’s no use. And why should we “arbitrarily” choose whether to include one author in the program and exclude another?

That then, if we want to tell you all about it, our children in their lives will really need to know the chemical composition of minerals, or Einstein’s theory of relativity, or the functioning of the cell? Absolutely not, we should therefore remove the “expensive” teachings of chemistry, physics, and biology from the programmes. We could go on forever. Di Giorgio’s motion – we hope – should be rejected and, for once, we must recognize that the trustee Maria Rizzo has also rightly and publicly strongly opposed the attempt – yet another, and it will not be the last – to eliminate the programme.