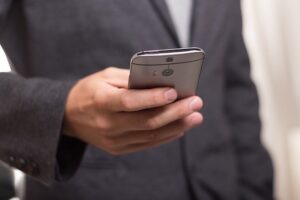 A most powerful spyware as “Pegasus” ever has been developed by the Israeli company, NSO Group. It has the capability of turning a phone into a 24-hour surveillance device. It can copy messages you send or receive, harvest your photos and record your calls.

Already billions of phones running either iPhones or Android operating systems are infected and these infections can be achieved through so-called “zero-click” attacks, which do not require any interaction from the phone’s owner in order to succeed, reports the Washington Post, CNN and the Guardian.

Alarmingly the CNN reported that, thirty-seven smart phones owned by journalists, human rights activists, business executives and two women connected to the slain Saudi journalist Jamal Khashoggi were targeted by “military-grade spyware” licensed by an Israeli company to governments, according to an investigation by a consortium of media organizations, including The Washington Post.

The allegations about use of the software, known as Pegasus, were carried on Sunday by the Washington Post, the Guardian, Le Monde and 14 other media organisations around the world. These media outlets said they had identified more than 1,000 people spanning over 50 countries whose numbers were on the list. However, NSO the developer of “Pegasus” denies any wrongdoing.