Italian tourist sent back to Italy from Montreal. “Treated like a criminal at the airport, that’s a shame” 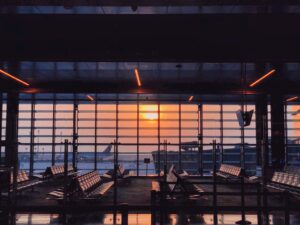 MONTREAL – Is Canada the most multiethnic and multicultural country in the world? Yes, at first glance. But then, if you don’t live here and try to enter, legally, you realize that the “Welcome to Canada” is just a beautiful fairy tale, especially in Quebec where you clash with harsh reality as happened to Giovanni Liotti, 23, student from Avellino who left Italy yesterday to visit a friend in Montreal and today was forced to leave for Italy after a seventeen-hour odyssey at the airport.

While Giovanni is flying to Italy, his friend Gabriele Ranfagni, 46, from Florence, who has been for five years in Montreal where he works as lead 3D animator in a large company, tells us the story. “Giovanni left Naples, made a stopover in Paris and arrived in Montreal yesterday at 6pm – says Gabriele -: he had the minimum amount of luggage with him, having arrived as a tourist, and he was ready to quarantine at my house: obviously he was fully vaccinated, with a paid molecular test with certified translation. Everything fine for the law but not for the immigration agents who have, in fact, treated him like a terrorist”.

What happened at the Montreal airport?
“An immigration agent questioned Giovanni and, saying he had consulted with the supervisor, asked him to give his mobile phone and started reading all the messages in the Whatsapp chat, listening also to the vocal messages and to browse e-mails, brutally violating his privacy. Having found a message in which there was the word ‘work’, the agent concluded that Giovanni was trying to enter clandestinely to find a job “.

In what context did the word ‘work’ appear?
“In the context of chat between friends. Giovanni is studying to do my own job, the 3D animator, and often asks me for advice. I don’t see what a message, however private, has to do with a pleasure trip. And anyway, I repeat, it is a very serious violation of privacy”.

So what happened to Giovanni?
“The agent gave him the expulsion paper, ordering him to leave Canadian territory by 4.50pm today. Obviously he left immediately, otherwise an arrest warrant would have been triggered”.

But all Giovanni’s papers were in order… also for the Covid regulations, right?
“Right. Two doses of the vaccine, he also spent a lot of money on the molecular test complete with translation. But they didn’t even check that”.

How is it possible, in your opinion, that such a thing has happened?
“If it is possible, it is only ‘thanks’ to the Legault-government. Quebec is no longer as hospitable as I found it when I arrived nearly five years ago. For two years now, with the crackdown on immigration, dictated by a populist campaign based on the ignorance of the average Canadian, the atmosphere is inhospitable and I would say very dangerous. We are on the verge of fascism”.

Is it really that hard to get into Quebec today?
“Virtually almost impossible. The CSQ tests (for the French exam) are increasingly difficult, having work permits is a challenge … here they seem not to remember who really drives the economy and who really represents the workforce in Quebec “.

Do you think that Italians are penalized the most at this time?
“In Quebec, there is no doubt. We Italians have and are doing a lot for this country but we are treated shamefully. I have a permanent job, a Canadian partner, I have a pending application for permanent residency but when I had to renew my work permit, waiting for permanent residency that never arrives, the immigration officer said he ‘gave me’ a six-month leave ‘out of courtesy’. Let’s face it: Canadians are racists. Other than a multicultural and multiethnic country. Here, there is the witch hunt “.

Gabriele has decided not to let what happened to his friend Giovanni pass in silence. And, in addition to contacting the Cnmng, he wrote to the Italian Consulate, the Honorable Francesca La Marca (Italian deputy elected in the Foreign District – Central and North America) and to the Montreal Anti-Fascist Movement. “This story will not end there. Everyone must know what happens to the Italians in Quebec”, concludes Gabriele. And the Federal Minister of Immigration is Italian…

Photo by Safwan Mahmud on Unsplash