It’s countdown for the two debates, Ontario will be decisive 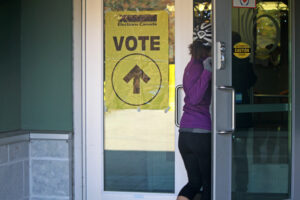 TORONTO – It’s countdown to the two televised debates between the leaders of federal parties. A double appointment, that of tomorrow evening in French and on Friday in English, considered as the real key moment of the electoral campaign in view of the appointment at the polls on September 20th. The prime minister candidates approach the two debates with different moods and objectives, based on what happened in the three weeks of the electoral campaign and, above all, taking into account the polls that over the last month have recorded a profound change in the balance of power between the parties in the race.

Erin O’Toole faces this fundamental junction with the tranquility of those who, after having long been clearly detached in voting intentions, arrived in the hot phase of these elections with a fair advantage, which has been consolidated in recent days.

The leader of the Conservative Party, apart from a few slips – the controversy over the vaccination of his candidates and the contradictions that have emerged on his plan to control the sale of firearms – has so far been able to manage the advantage, focusing his attacks on the outgoing prime minister: a script that we will also find during the debates.

Justin Trudeau’s situation is very different. The liberal leader, on the basis of the polls that gave him clearly in the lead and with the possibility of going to the vote and winning the parliamentary majority, decided to force his hand and bring the country to early elections. A move that has displaced a part of the Canadian electorate, struggling with the threat posed by the Delta variant and the fourth wave of the pandemic together with the economic crisis caused by Covid. Polls have seen a progressive weakening of liberals in voting intentions, with the party essentially squandering the advantage accumulated in recent months and with its leader grappling with a feeling of generalized malaise on the part of the center and center-left electorate.

Now the outgoing prime minister looks at the two debates as the last chance to reverse the trend and turn the election campaign around. On this today came a small but encouraging signal from the polls. For the first time since last August 30, a survey – the one carried out by Nanos – has overturned the balance of power between Tories and grits and has quantified the consensus towards the Liberals at 34.1 percent against 32 percent towards the Conservatives. A drop in the ocean, given that in the 23 previous polls carried out since August 30, O’Toole’s led party has always been in the lead.

Jagmeet Singh also has high expectations from the double confrontation with Trudeau and O’Toole. For now, the NDP leader’s campaign has not taken off, with polls showing a persistent coldness of the electorate in the face of the Ndippina programmatic platform and with the party constantly anchored to 20 percent of voting intentions. Singh must try to capitalize on the difficulties of the outgoing prime minister and carry out a political operation that for now has succeeded in the slightest, that is, gnawing from the left the consensus to the liberal leader.

If this does not happen, the NDP is destined to simply play the role of third inconvenience, exactly as happened in the 2019 elections. And it is from the data of two years ago Singh must start again, because at the time the results of the neo-democrats were really disappointing, with the party below 16 percent and with just 24 seats won.

Ultimately, given the physiognomy that these elections are taking, the decisive province will once again be Ontario, where 121 of the 338 federal seats are at stake. The Liberals, who won 79 in 2019, appear to be in sharp decline: according to polls at this time they would win 61, that is, 18 less. The Conservatives would add 15 seats to the 36 won two years ago, while the NDP would go from 6 to 9. Consequently, the Conservatives must hope for a strengthening of the NDP and at the same time for the conquest of another twenty seats where the candidates are divided by a handful of votes.