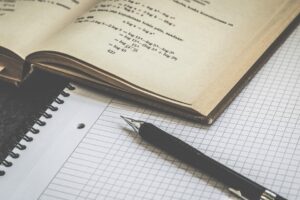 Controversy, disbelief and confusion. One can describe with these three words the reaction generated by the removal by the Ontario government of a section of the mathematics curriculum that makes “reference to racism and colonialism”. The government did not want to confirm when the changes were made but it seems that these followed the publication of recent articles in newspapers that highlighted a section that refers to the content, context and importance of mathematics as subjective.

The paragraph states that mathematics has been used to “standardize racism and the marginalization of non-Eurocentric mathematical knowledge and that a decolonial and anti-racist approach to the teaching of mathematics makes visible its historical roots and social constructions”.

This is the section removed from the preamble of the curriculum, as well as the mentions of “anti-racist and anti-oppressive teaching and learning opportunities” and “the colonial contexts of the current teaching of mathematics”. A paragraph has been added to the amendments that reads: “The curriculum stresses the need to eliminate systemic barriers and to be useful to students belonging to groups that have been historically disadvantaged and neglected in the teaching of mathematics.”

A decision, to be honest, which surprises and disorients but which, above all, gives rise to numerous questions. The most banal – the one that people instinctively ask – is what the relationship is between the math curriculum and racism and colonialism. We are talking about a scientific subject, not history or literature. Who knows, maybe ordinary mortals, they are not able to understand.

What comes to mind at first glance is that the Minister of Education Stephen Lecce has introduced changes in the curriculum of mathematics that have nothing to do with teaching but aim to transform social values, in essence it seems to be a way to convey a certain concept. “The new Grade 9 course will feature coding, financial and data literacy, mathematical models and elements of STEM – or science, technology, engineering and mathematics. It will also examine the importance of mathematics in cultures,” reads the press release from the provincial government. But one wonders what “the importance of mathematics in different cultures” can mean.

The reaction of the NDP was not long in coming. “Changes to the curriculum should not be made unilaterally behind closed doors – reads the statement by Marit Stiles and Laura Mae Lindo – the mathematics program of grade 9 was modified precisely because Ontario finally had to recognize that the existing system treated black, indigenous and racialized students unfairly. It’s pretty clear that we need more equity and anti-racism in schools, no less.”