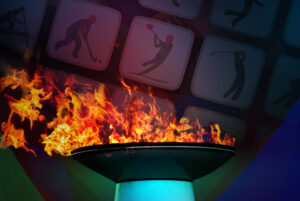 The provincial government announced this Tuesday (June 22) that the City of London will be hosting the 2024 Ontario Summer Games and will be provided with a hosting grant of up to $1 million. The 2020 games, which was originally scheduled to take place in London and postponed to 2021 due to the COVID-19 pandemic, will not proceed. At a time when Ontario seeks to reopen safely and gradually, the provincial government justifies its decision to protect the health and well-being of all Ontario residents, including all participants, volunteers and staff involved in hosting the Ontario Games.

In a press release, Lisa MacLeod, Ontario’s Minister of Heritage, Sport, Tourism and Culture Industries, who praised London’s world-class facilities and experience the city has in hosting large-scale events, said she was “looking forward to work with the organizers of the Games and I’m proud to provide up to $1 million to bring this event back here in 2024”.

The grant announced by MacLeod will be used to offset operational costs, such as accommodating, feeding, and transporting athletes and other participants at the games. Ed Holder, Mayor of London, acknowledged that “while unfortunate to all those who had worked so hard to prepare for the 2021 Games, this is the best decision for the safety of all involved”. And said he had no doubts that London “will put on an extraordinary experience in 2024”.

Zanth Jarvis, Director of Sport Tourism, Tourism London, also did not hide some disappointment at the cancellation of this year&#39;s edition, due to the pandemic, but says he fully supports the decision of the provincial government.

“London was looking forward to hosting this event again, and we appreciate the province providing us with the opportunity to do so in 2024. We want to thank all our sponsors, volunteers and venues for their continued support, and we look forward to celebrating the return of this event to our city in 2024”, said Jarvis.

The Ontario Summer Games is the province’s largest multi-sport event for athletes ages 12-18 and is hosted every two years with more than 3,000 athletes from across the province competing. The City of London estimates a projected economic impact of over $5 million.

The next edition of the Ontario Summer Games will be held July 21-24, 2022, and hosted by the City of Mississauga.