Mainenti: “Explosives from the sea for the massacres, law enforcement actions need to be intensified” 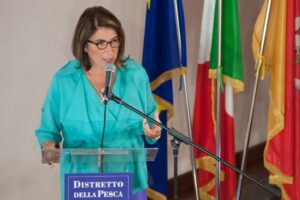 Palermo, 8 July 2021 – “A few days before the commemoration of the massacre in via D’Amelio, in which judge Paolo Borsellino was killed, the words of the Italian President, Sergio Mattarella, through the Vice President of Csm, David Ermini, weigh like boulders in expressing solidarity in the face of the news (leaked from the detention of a ‘Ndrangheta boss) that the model would be ready to assassinate the magistrate Nino Di Matteo in an attack”. This is what Daniela Mainenti (in the pic), professor of comparative criminal procedural law and expert in the fight against illegal fishing, says.

“It is worth remembering – continues Mainenti – that the thread that binds the mafia attacks of the 90s was made up of explosives recovered by a fisherman from Porticello, and supplied to the mafia, for all the massacres of 1992, 1993 and 1994: that of Capaci, that of via D’Amelio, those of Rome, Florence and Milan. These are depth bombs dropped by airplanes against submarines in World War II. These bombs lay on the bottom of the sea and got stuck in the trawling nets of the fishermen. Often small quantities of explosives were used precisely for the fishing itself ”.

“It is also from the sea, therefore, that the mafia (or the ‘Ndrangheta), as it appears also in these not so veiled threats to Di Matteo, draws material to be used in the attacks – underlines Mainenti-. This proves the strict control that organized crime exerts on marine and coastal areas, on the many economic activities connected to them, including fishing and on its entire logistics chain ”.

“An effective control system should be put in place to counter the danger of criminal conduct on the entire commercial chain and reform a sanctioning system that is in fact ineffective. All this risks jeopardizing, in addition to safety for the extreme cases mentioned, the no less important health of the consumer – concludes Mainenti -, as well as allowing a wide recycling activity thanks to corporate transfers and sales of shares in the catering sector, massively highlighted during the pandemic ”.