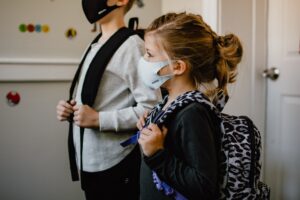 TORONTO – Infections are rapidly and steadily increasing among students and teachers. To raise the alarm, and at the same time to ask for the restoration of the mandatory nature of masks, is the Ontario English Catholic Teachers Association (Oecta).

In order to guarantee the continuation of the school year, it is necessary to act and above all to do it immediately, say the teachers: “We ask the government to cancel the decision of March 21 that puts an end to masks in all schools – says the president of Oecta Barb Dobrowolski – the absences of teachers and students due to Covid are causing serious interruptions in teaching”.

The government’s decision, according to Dobrowolski, was rushed and came at the wrong time. “Covid-19 is not over. The absences of teachers and non-teaching staff due to the virus are not filled in a short time – said Barb Dobrowolski – we had already pointed out to the government that the date of March 21 to eliminate the obligation of masks was not at all indicated, especially due to the possible combined effects of international travel and private meetings that occur during the March Break “.

The province also does not report how many teachers and staff contract Covid-19 as it did during 2020 and 2021 and does not require public health units to keep classes at home in isolation in case of exposure. Nor is it necessary for schools to warn parents of any exposure to the virus in children. What the Ontario government does is publish school absence rates, which are partial since not all schools send this information every day.

And again at St. Brendan Catholic School in the Port Union area of Scarborough, the infections between staff and students in 15 days have risen to at least 113 while in the first two weeks of March, of cases, there was not even one.

Despite the concern of many parents, the school’s leaders have decided that according to what was established by the government earlier this year, the school will remain open.

But the problem of student and teacher absences seems to have gotten out of hand in recent weeks. A school trustee from the Thames Valley District School Board said two of its schools would close and return to virtual-only learning due to “staffing issues.” Every day, the trustee specified, the provveditorato in question has to deal with 400 absences among the staff, absences mainly due to Covid.

But, apparently, even in the face of this situation, Prime Minister Ford does not take a turn. “I want people to have the choice whether to wear a mask or not – said Ford – the recent ongoing increase in Covid-19 infections throughout the province is only a small peak”. Nothing to worry about, in short.