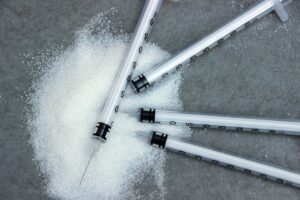 November is Diabetes Awareness Month, a time to raise awareness about the disease, its risk factors, its management and lifestyle changes people can make to improve their health. Since 1991, World Diabetes Day (November 14) is marked annually in honour of the birthday of Canadian physician and scientist, Sir Frederick G. Banting, the co-discoverer of insulin.

This year marks the 100-year anniversary of that 1921 discovery which was a historical turning point for the treatment of people with diabetes.

Diabetes is a disease that affects how the body uses blood sugar. According to the World Heath Organization (WHO), the condition affects more than 422 million people worldwide, with the majority living in low and middle-income countries. In 2019, it was the ninth leading cause of death, with an estimated 1.5 million fatalities directly attributable to diabetes.

In Canada, one in three people are diabetic or prediabetic, that represents roughly 11 million Canadians. Diabetes manifests in several types and it can lead to excess sugar (glucose) in the blood. Typically, Type 2 diabetes is the most common type of diabetes, representing up to 95% of all diabetic cases. Usually it develops in people over the age of 45, but more and more children, teens and young adults are developing it.

Furthermore, it appears that Covid-induced lockdowns may have contributed to increased diabetes cases. More time spent indoors combined with decreased physical activity and eating less healthy have not helped the situation. For instance, according to new data from Shoppers Drug Mart, as reported by CTV News, the number of new patients filling out diabetes prescriptions has increased by 17% this year, compared to 2019.

While glucose is an important source of energy for cells, including the brain’s main source of fuel, too much blood sugar can potentially lead to serious health problems. The disease can adversely affect nearly any organ in the body from the brain, in the form of a stroke, to the heart, which can lead to heart disease and heart attack. It is also responsible for roughly 70% of all non-traumatic lower-limb amputations.

It is one of the most common causes of blindness and the leading cause of kidney disease. Diabetes Canada suggests up to 50% of diabetics will develop signs of kidney damage in their lifetime.

Treatment with insulin is critical since it regulates blood sugar levels. It helps control the amount of sugar in the blood and moves it to areas of the body like liver, fat and skeletal muscle cells where the body can use it for energy.
Although insulin treatment is not a cure, it has helped improve the lives of millions of people and has enabled them to live longer, healthier lives. Unfortunately, the WHO maintains that access to insulin and associated devices remain limited in many countries to this day.

This year’s theme, “Access to Diabetes Care”, is aimed at drawing awareness to the increasing health threat of this critical illness. The campaign has become one of the world’s largest in support of improving access to and affordability of treatment for the global diabetes community.