MDG vs TCDSB: Rebuttals in Absurdity 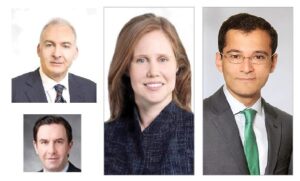 TORONTO – I had the sense I had been cast back in time to the to the American Wild West days when undeterred vigilantism would conduct hangings so that they could assess the strength of the rope.

The transcripts of the rebuttal to Dr. Lugosi’s presentation (not yet available at time of writing) of the Del Grande v TCDSB case, if my notes and recollections serve their purpose, will show how vulnerable the ordinary citizen is to organizational arrogance.

First, Tortell claimed Del Grande did not meet the test of a “section 93 defense”. Section 93 refers to the section of the Constitution regarding Provincial authorities in education.

It also serves as the bases for Constitutional limits to the Minister’s powers over school boards. The matter at hand concerned “administrator’s overreach” in a local conduct event.

The Minister does not have any authority to influence the content of the code of conduct, only that a code exist.

Lugosi assured the Court he had not relied on any Section 93 defense. Tortell seemed deflated.

Second, his colleague Malik, seemingly undeterred, decided to seed the Court with some disconcerting “nuggets of arrogance”: (1) the Minister’s obligation to provide safety and security in the interests of implementing policies of inclusion overrides freedoms of speech and religion; (2) in this case, Del Grande’s, “limitation of Charter rights is modest”. It is as if “one can be a little bit pregnant”.

Lawyers (Christine Muir, Adrian Pell and Eric Roher) of Borden Ladner Gervais (BLG), put forward the TCDSB’s position. BLG is the law firm that had provided the TCDSB with the legal advice (Eric Roher) to reverse the Code of Conduct finding in Del Grande’s favour.

Muir posited that the TCDSB policies and regulations can be changed [essentially on a whim] irrespective of whether they deal with operational matters or with non-material [resources] issues – the “Roher thesis”. The “rationale” behind that, according to Muir, is that the enabling legislation (the Education Act) is “a living statute” and confers to subordinate jurisdictions all of its authorities expressed or implied.

It follows, according to BLG, and I paraphrase for the purposes of reductio ad absurdum, that a Board’s trustees could fill in whatever authorities they could guess may have been divined by legislators who may have been too distracted to see the world through clear lenses. The reader has heard it before: I do it because I can, whether you agree or not.

Additionally, in brief, Muir made short shrift of the requirement to provide “new evidence” (de novo) to support the re-opening of a legally binding determination/decision struck by a board.

The previous complaints registered before the decision were carried over. Again, I paraphrase nothing on Statutory Fairness applies [to this or any] Board. Wow!

That is the thinking offered by the law firm advising TCDSB’s Director, Brendan Browne. At least five lawyer-investigators from the College of Teachers (15% of the participants in attendance in the virtual Court) will have been beavering away to research how they will keep “the cause” alive for their organization and their leader/Registrar, Dr. Derek Haime.

In the pics, top left: Eric Roher and David Tortell, Christine Muir and Waleed Malik (photo from their Linkedin profiles)