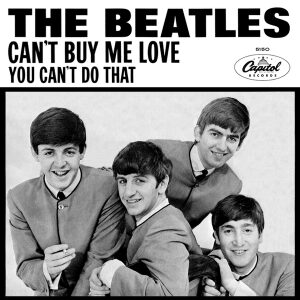 TORONTO – The original Beatles title contained a negative. Ford is trying to correct that. The next provincial election is June 2, 2022. Between now and the end of May, any Provincial Government announcements or statements by Opposition leaders and their parties (Liberal and NDP) will have this date as a focus and purpose. Barring any egregious scandal, the incumbent government – Doug Ford’s Progressive Conservatives – already look and act like the eventual winners. They shouldn’t be.

Their former Minister for Long Term Care residences, Dr. Merrilee Fullerton, was perceived as twiddling her thumbs while Seniors were decimated by Covid-19. More than 30% of all Covid deaths have been attributed to conditions in LTC homes.

Not much has changed since she was dumped from Cabinet, but the Opposition parties have offered no solution other than to raise the pay for the “frontline workers” and to turn all LTC homes into public entities. Even assuming that as a society we are prepared for the cultural-political metamorphosis, no one has estimated the cost to convert all such existing private enterprises into public entities. It will not be cheap.

On the other end of the social cultural scale – children and education – Premier Ford entrusted his government’s reputation to Stephen Lecce. No one could have chosen a more confused leader for the province’s education needs. Thank his gods when he is merely missing in action. At all other times, he resembles a bumbler who cannot decide whether/when schools should open or close; whether/what teacher should teach… a weather vane turning ‘round and ‘round.

The list of head-shaking stumbles by the government and its agencies will fill the pages of many a newspaper and the airwaves of talk shows in the months to come. The topsy turvy world of the edicts emanation from the Science Table are bound to test anyone’s confidence that their “method” is somehow better than our madness. And who is taking responsibility for distributing vaccines and boosters while the “best scientists” preach doom, gloom and despair?

It is a rhetorical question. We are all complicit in our own future. One need only reflect briefly on the financial incentives being showered on struggling businesses (see P.Pajdo’s article in Corriere Canadese’s website) and those living on minimum wages to appreciate the “thinking” behind securing the public’s support.

On that score, a closer look at the Ontario Sunshine list for 2021 may lead to a more fulsome understanding of why the government will have a solid core of supporters in the public sector.

Most people might agree that at least 205,606 residents have a powerful incentive to maintain the status quo, no matter other factors

Speaking of those, some news talk shows have begun to resurrect the former Liberal provincial Premier as commentator. Like other former leaders, she has prodigious credentials. Regrettably, she will also be remembered for abandoning the election campaign in 2018 because there was no hope of electing and/or re-electing Liberal MPPs.

Both Liberals and NDP need to “up their game”. June 2 is provincial election day.