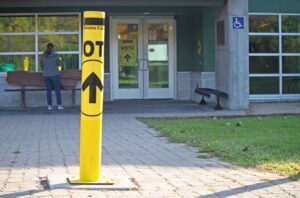 TORONTO – The difficulties of Jagmeet Singh and the rise of Maxime Bernier are holding back Erin O’Toole. And, as a result of the inertia that has been created, Justin Trudeau is smiling, relaunching his ambitions for the conquest of the third term after those resulting from the vote of 2015 and 2019. To provide us with the change in the balance of power in this race for the federal vote is the snapshot taken by the latest polls that highlight how between the Liberal Party and the Conservative Party there continues to be a tight head-to-head on which, however, weighs enormously what is happening on the right and left in the Canadian party arc.

The NDP does not take off. A first significant element of analysis is represented by the timid response of the Canadian electorate to the programmatic platform of the neo-democrats, at least as far as voting intentions are concerned. The NDP, which won just 24 seats in the 2019 election with 16 percent of the popular vote, continues to show its side in this election campaign. The Ndippino leader Singh had placed great trust in the two televised debates of 8 and 9 September, with which he hoped to revive the ambitions of the party and increase in the polls at the expense of the liberals. So far, however, this strategy has not borne the desired fruits.

In the 11 polls carried out after the double comparison between the leaders, the NDP exceeds only 20 percent in one: in the three opinion polls published today, the neo-democrats are given respectively at 21, 18.6 and 17.1 percent. In essence, the same percentages with which the party began the election campaign.

As for the projection of potential seats, according to 338canada.com,the party would be at 32 deputies, 8 more than in 2019 but many less than the minimum targets set by Singh’s entourage. The difficulties of the NDP, of course, favor the liberals, who are eroding the consensus on the left towards the neo-democrats,

The Bernier effect. Parallel to this, another unexpected dynamic is developing that penalizes conservatives: the surprising rise in the polls of the People’s Party of Canada (PPC). Riding the no vax and anti-lockdown protest, the party led by Bernier has reached an unprecedented level of consensus.

After the disappointing result of 2019 – when it was voted by just 294,092 voters, equal to 1.6 percent nationally – the party has increased its following by going to draw votes in that part of the electorate opposed to the limitations of personal freedoms imposed by the government during the pandemic. Right now, according to the latest polls, Bernier stands at around 8 percent, continuing to rise in numerous districts in Quebec and Ontario.

The strengthening of the People’s Party, however, is unlikely to result in victory in numerous seats. According to 338canada.com,only the leader of the party has any chance of victory in the Beuce constituency: Bernier currently stands at 34 percent against 38 percent of outgoing Conservative MP Richard Lehoux. But the problem is another: in every single district of Canada the People’s Party will take away votes from the Conservative Party and this may be a decisive factor for the final outcomes of the political formation led by O’Toole.