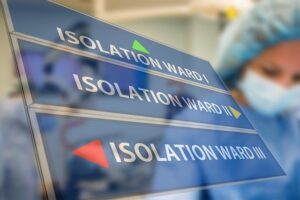 TORONTO – The trend of the last few weeks is also confirmed in this one: at the arrival of the weekend, the infections rise and today they were 748, a sharp increase compared to the 591 of just 24 hours earlier. The seven-day moving average continues to rise, reaching 692 (a week ago it was 597). With 33,932 tests processed in the last 24 hours, the positivity rate rises to 2.6% from 2% a week ago.

The provincial health authorities are keen to emphasize, once again, that unvaccinated individuals represent 48% of all cases despite representing only about 20% of the population. And with CP24, today, Dr. Isaac Bogoch, an infectious disease specialist at Toronto General Hospital, said that not only are vaccinated people less likely to get the infection, but when they contract Covid-19, they will likely pass it on less. people than an unvaccinated person will do.

As for hospitalizations, despite an increase in Covid-19 transmission over weeks, the number of hospitalizations and deaths in intensive care related to the virus remained flat. There are currently 137 patients, up from 129 a week ago.

Another 4 deaths were recorded today, bringing the total death toll in Ontario since the start of the pandemic to 9,985.

The total of active (and known) cases is instead of 5,552, up from 4,872 last Thursday. Of the new ones found today, the largest number were found in Toronto (77), Windsor (77), Simcoe-Muskoka (55), Peel Region (48), Ottawa (45), York Region (43) and Southwest (39) . The province has launched the vaccination program for children aged 5 to 11 and the city of Toronto has opened appointments to children. “I really think. Bogoch comments – that this will have a rather significant impact not only on schools, but I also hope spillover effects for the rest of the province and the whole country, in terms of keeping Covid-19 at bay”.

Coronavirus cases in Quebec are increasing once again with the province today registering 902 new infections in 24 hours (out of 29,708 tests carried out, for a positive rate of 2.6%): this is the most great increase for months and it is also the second consecutive day that the province exceeds maximums that have not been seen since September.

The province also recorded an increase in deaths: 5 only today, for a total of 11,571 since the start of the pandemic. 6,703 active and known cases.

On the other hand, hospitalizations decreased, even if only by one: 45 people hospitalized in intensive care.

Public health workers, meanwhile, have begun to administer the vaccine to children: 7,244 doses already distributed to children between the ages of 5 and 11. Of the overall eligible population (ages 5 and up), 81% are fully vaccinated and 84% have received at least one dose.