On May 27, an official apology for the Interment of Italian Canadians during WWII 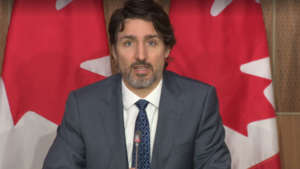 TORONTO – It was a long, painful and troubled birth. But eventually, after 70 years, the Canadian government will make an official apology for the internment of hundreds of Italian Canadians during World War II. The official date is May 27, 2021: Prime Minister Justin Trudeau, as promised in 2019, will recite the mea culpa, attempting to heal a wound that has remained open in the community for decades.

Following the declaration of war by the Italian fascist regime against Great Britain in June 1940, the Canadian government led by Prime Minister William Lyon Mackenzie King decided to implement the War Measures Act and included about 31 thousand Italian Canadians in the category of foreign enemies (officially, “enemy aliens”).

This gave carte blanche to the RCMP, which could seize assets and arrest the Italian Canadians as they posed a threat to national security.

In three years, about 700 Italian Canadians, without having done anything and guilty only of being of Italian origin, were imprisoned in the internment camps of Petawawa, Hamilton in Ontario, Kananaskis in Alberta, Minto in New Brunswick. At the same time the whole community for many years had to suffer a climate of discrimination, intolerance, mistrust.

Since the end of the Second World War, the Italian community has demanded justice for what has happened.

Over the years, a number of draft laws have been presented to recognize the serious wrong suffered – the last of which was signed by the then Federal Deputy Massimo Pacetti – but which have never reached the final approval. No prime minister has so far issued an official apology.

Now, finally, despite a nearly two-year delay from the commitment made in the summer of 2019, Trudeau will keep his promise.