One-quarter of Canadians have been infected with Covid-19 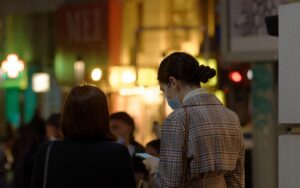 TORONTO – Almost one in four Canadians has been infected with Covid-19. This is what emerges from a survey conducted online by Leger and The Association for Canadian Studies.

As the country grapples with its sixth wave of the Covid-19 pandemic and less data is being shared with the public, the survey conducted between 8 and 10 April on a sample of 1,538 people, offers a picture of how many people have been infected with the virus.

The detection is particularly noteworthy, according to Leger’s vice president christian Bourque, as it reports a higher infection rate than suggested by official data.

To have been infected by Covid, in the age group between 18 and 34 years, was 30% of people who participated in market research while among those aged 55 and over 12% were infected. “What was really surprising was the difference in age – said Bourque – it seems to confirm the fact that the more sociable you are and leave the house to go to restaurants, bars and concerts the more vulnerable you are to contracting the disease”.

And a confirmation of what doctors and scientists continue to repeat ad nauseam, also comes with regard to the state of vaccination: 38% of unvaccinated respondents said they had been infected compared to 20% of those who were immunized.

In addition, almost three out of five respondents who contracted Covid-19 said they had mild symptoms while 14% said that the infection was not really a walk in the park but that, despite everything, they managed to carry out their daily activities. To have felt as if a train had passed over him – to the point of being forced to stay in bed – was one in five of those infected with the virus.

Despite this, more than half of respondents said they believe the worst period of the pandemic is behind them, representing an increase of about 30 points since the same question was asked to Canadians in January.

“In a way people tell us that the worst is over and things are improving,” Bourque said, although “the pandemic is not over.”
Another survey conducted in March looked at the experiences of North Americans – a quarter of them Canadians – with Long Covid disorders, the post-viral syndrome that can debilitate a person in many respects.

Among those who said they had experienced long-term effects from Covid-19, more than half said they suffered from fatigue and almost half from muscle and joint pain.

Jack Jedwab, president of the Association for Canadian Studies, said these findings do not confirm the perception that the latest strain of Covid-19 is similar to the flu or cold. “It’s not what the survey suggests in terms of long-lasting symptoms,” Jedwab said.

Among the people who took part in the research it appears that those aged between 30 and 34 years have reported real aftermath of Covid difficult to send away.

The long-range effects of the infection caused by the new coronavirus can manifest themselves in all people who have contracted it, regardless of the age and severity of the disease.

Jedwab said he felt it was important for people to be aware of the risk of suffering from Long Covid and the symptoms “so that they can be better prepared to deal with the symptoms that may arise and then try as much as possible to alleviate them”.