Online or in presence, parents have to choose 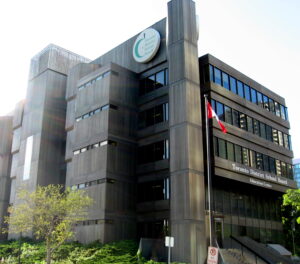 The Toronto District School Board (TDSB) will soon ask parents to choose whether their children will return to classrooms or continue with remote learning. In September of course. No word about this month and a half of school left this year. The Minister of Education Lecce does not talk about it, the school boards do not say a word about it and parents deduce that it will end with their children taking online lessons. After Minister Lecce announced on May 4th  that Ontario school boards are required to present parents with the choice between in-presence or virtual lessons for the duration of the 2021-22 school year, the Toronto public school board has already set in motion.

On Friday night, the TDSB held an extraordinary meeting to unveil plans for the school year, which will kick off in September. The meeting showed that the TDSB decided to inform parents of the new changes on  May 17, that the modules for the selection of courses will arrive on 25 May and that the preference must be made by midnight on 10 June. The roadmap to be able to plan for the next academic year – the third characterized by Covid – has been defined. But parents who do not meet the deadline – assured the TDSB will still have a reserved place in the school so far attended by their children. The choice between virtual and in presence will also not be binding: students who start the year attending school will be able to move to virtual learning in February 2022.

It is not yet clear what the virtual format will be like for students in September. “I really hope that this year, once we have completed the selection module and start preparing for our models, we will focus on virtual learning – says Yalini Rajakulasingam, TDSB school trustee for Scarborough North – last year there were so many students enrolled in virtual classes that teachers were only found in October. I hope that this year we will organize ourselves to ensure that students all study at the same time.”

Friday’s meeting comes just days after the Ford government confirmed that students can choose to take all classes online when the new school year begins in September. The province says it will provide more information to parents in the coming months and will increase funding to school boards by $561 million next year to help address the ongoing costs of the pandemic.

Meanwhile, the Ford government assures that in 2021-2022 it will spend a total of $25.6 billion on the education system in 2021-2022, an increase of 2.2% on the previous year. What is true about the government’s promise to invest $2 billion in new aid to the province’s school boards is not known. What is clear, however, is that the elections – both federal and provincial – are close and that the promises that often remain so are easy to make at this juncture.

Meanwhile, the TDSB has begun coordinating the return of equipment for millions of dollars. The board says more than 75,000 devices have been loaned to students to support remote learning: that’s about $15 million in Chromebooks and $12 million in iPads. These devices must be returned by the first week of July. However, students who continue learning online this summer will not have to return them.

As in the past, the public school board acts as a leader in planning the changes dictated by the government of the province due to the pandemic: the Catholic one will follow. We expect shortly communications on this subject, straight to understand what school year is expected for children at the mercy of the waves from the moment the pandemic has arrived also distorting their lives.