Ontarians still waiting for the guideline, protocols for fully immunized 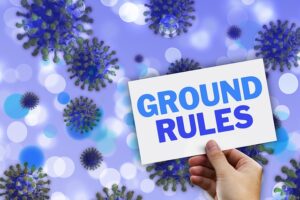 TORONTO – The immunization campaign against Covid-19 continues. Despite the doubts and skepticism about heterologous vaccination – that is, mixing vaccines between the first and the second dose – caused by the failure of a supply of Pfizer to arrive in time, the roadmap desired by the Ontario Government with which it will be possible to enter phase 2 on June 30, two days earlier than planned, has been fully respected in the province.

According to data compiled by covid19tracker.ca, 225,188 doses were administered in Ontario yesterday alone: with these numbers, we reach a total of 13,32,816 doses of vaccine administered since last January. Of the vaccinations carried out yesterday,  according to covid19tracker.ca  198,695 were recall injections, therefore made with the Moderna vaccine. In total in our province, 3,542,439 people have been fully immunized to Covid – that is, they have carried out and completed the entire planned path.

Meanwhile, appeals from health authorities continue to convince those who do not yet accept the mix of vaccines between the first and second dose. Throughout the current week, there have been thousands – data from the Ontario pharmacists’ association – of residents who after receiving the first dose of Pfizer decided to refuse the second dose of Moderna. This reticence is also fuelled by the fact that in the rest of the world only the health authorities in Finland have given the green light to the mix between Pzifer and Moderna, a practice that is not used in Europe and the United States.

In any case, based on NACI indications of early June, Canada is given a preference to keep the same vaccine between the first dose and recall injection: in case this is not possible, as in Ontario at this time, then it was recommended to use a vaccine of the same family, in this case, an nMRA.

Meanwhile, the wait for the guidelines and protocols that the government will have to publish regarding what citizens who have completed their vaccination path and are immunized to Covid-19 can do.

Public events, masks, social distancing, sporting events, gatherings, meetings in enclosed spaces and outdoors: the government within a few days will present a kind of guideline which listed anti-Covid measures that will still have to be followed for everyone – vaccinated and not vaccinated – and those that must instead be respected only by those who have decided not to get vaccinated.

David Williams, Ontario’s resigning Chief Medical Officer, returned to the issue yesterday at his last public appearance before handing over the baton to his successor. Williams confirmed that the government and the scientific committee are currently working to produce the text of the guidelines, which will be released shortly.

Two days ago, his federal counterpart, Theresa Tam, reiterated that the presentation of the new protocols for immunization was imminent.

All this, in any case, with a great unknown that remains on the horizon, that represented by the Delta variant. The two countries that are ahead in their vaccination campaigns, England and Israel, after a sharp relaxation of the restrictions for immunized have been forced to restore some measures precisely because of the onset of this variant, highly virulent and more easily transmitted than the original strain of Covid-19.