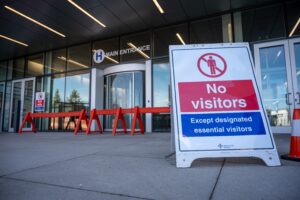 Among the latest cases, 177 refer to unvaccinated people, 16 partially vaccinated, 105 fully vaccinated and 30 with an unknown vaccination status.

Another 498 people have recovered from the disease in the last 24 hours: there are still 3,672 active cases known throughout the province.

Four deaths reported today but occurred, according to the Ontario Ministry of Health, in the last month. The death toll linked to the virus in the province is now 9,819.

As for the territorial distribution of today’s cases, the Peel region recorded 60, while 52 were reported in Toronto, 20 in the York region, 10 in Halton and four in Durham. Elsewhere in southern Ontario, 20 new cases have been recorded in Ottawa, 19 in Windsor-Essex and 17 in Hamilton.

260 patients in Ontario hospitals with the virus, 159 in intensive care units. Of the ICU patients, 133 are not fully vaccinated or have an unknown vaccination status and 26 are fully vaccinated.

On the vaccine front, 87% of the eligible population (over 12) received a dose, while 83% received two.

981 people still in hospital, including 225 people in intensive care beds. Of the patients currently in hospital, 698 are unvaccinated, 54 are partially vaccinated and 229 are fully vaccinated. On the other hand, there are 12,302 active (known) cases of Covid-19 in Alberta.

Photo by Graham Ruttan on Unsplash