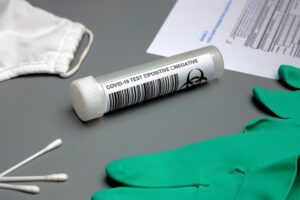 TORONTO – Ontario can breathe, at least for 24 hours: after the 636 new cases registered on Sunday – the highest number of infections in a single day in almost a month – today the province registered 480 new infections, more in line with last week’s Monday’s 422, albeit far above the 326 of two weeks ago. The seven-day moving average of is now 476: a week ago it was 362.

Of the new cases confirmed today in Ontario, 244 were detected in unvaccinated people, 191 in fully immunized individuals, 32 with unknown vaccination status, and 13 in partially vaccinated individuals. For the second consecutive day, the positivity rate reached two per cent: with 22,980 tests processed in the last 24 hours, provincial health officials reported a positivity rate of 2.2%, up from 1.8 % last week.

Of the new infections reported, 347 (65%) were detected in people who were not fully vaccinated and 184 of them (34%) received the second dose of the vaccine more than a week ago.

The positivity rate in Quebec is 2.4 percent.

Most people hospitalized with the virus in the past 24 hours were also not fully vaccinated. Overall, admissions fell by two today compared to yesterday, for a total of 225 admissions. The number of people in ICU also dropped by two, bringing the total to 48.