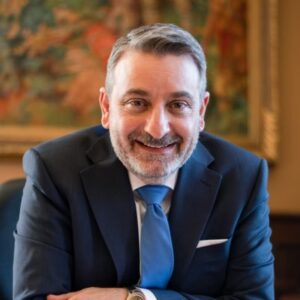 TORONTO – Said and done. Ontario’s Conservative government today used its majority to pass Bill 7, the controversial legislation that allows elderly patients to be transferred from the hospital to long-term care homes not of their choice on a temporary basis.

A bill, this, which has sparked an avalanche of criticism both for the vague wording of the legislation and for the fact that the government chose not to send the bill to committee, which means that no public feedback was collected before its approval. As expected, none of the opposition parties supported this bill.

LTC Minister Paul Calandra said the government had eliminated the public consultation phase due to the urgent need to free up beds in hospitals, which in recent months are facing unprecedented pressure, largely due to a shortage of nurses.

The legislation is part of a broader plan, first announced two weeks ago by Health Minister Sylvia Jones, to alleviate pressure on the health system.

The new legislation does not allow patients to be physically removed by forcing them to move to a nursing home but it is unclear what could happen if a patient refused to move. Critics have said that a patient who does not want to leave the hospital could be forced to pay hospital fees equal to those of sick people not covered by health insurance that could reach as much as $ 1,800 per day. And in this regard, say opponents of Bill 7, there is a lack of clarity. Prime Minister Ford himself said that a tariff of this amount, given the circumstances would be “absolutely ridiculous”, but that hospitals and Ontario Health will calculate what the amount to be paid will be. “We will have to calculate the cost and hospitals have to calculate the cost – said Ford – it is not me personally doing the math but I can guarantee you 100% that it will not be $ 1,800”.

Calandra and his ministry have so far refused to respond with any specific information about distances, saying these elements of the law are still under discussion with interested parties. Calandra said, however, that every effort will be made to keep patients “as close as possible” to their families.

The minister promised that the details of Bill 7, called the “More Beds, Better Care Act”, will be presented in the legislature within a week.

Anthony Dale, president and CEO of the Ontario Hospital Association, said he supports the passage of the law, as the current number of patients at the alternative level of care is the highest the province has ever seen. “Ontario hospitals are fast becoming the provider of health care of last resort for thousands of people who need access to home care, long-term care and other services. And this is not appropriate for these patients,” he said.