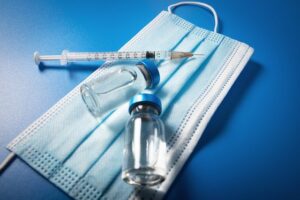 TORONTO – Contagions down again in Ontario after the increase recorded over the weekend: 580 new cases were recorded today (in addition to two other deaths), while on Saturday there were 704 infections and 668 on Friday. The seven-day moving average of new cases then dropped to 596, from 607 on Saturday and 620 a week ago. With 32,220 tests processed in the last 24 hours, the positive rate in the province stands at 2.0%.

Practically speculating the situation in Quebec where 499 new cases of Covid-19 were recorded today (and 1 death), against 640 on Saturday (and 5 deaths) and 643 on Friday (and 6 deaths). In addition to infections and deaths, hospitalizations also drop, which now amount to 292, nine less than yesterday. The cases still active in Quebec are 6,984. 27,128 tests were processed on Sunday, with a positive rate of 2.1%.

Most new infections (346 out of 499) were reported among people who received their first dose less than two weeks ago or who never received any injections.

Quebec did not provide an update today on how many doses of the vaccine have been administered since Saturday, “due to a technical problem” which will be resolved “by Monday”.

Image by ronstik from Pixabay