Ontario, more homes for everyone: but who will pay for the services? 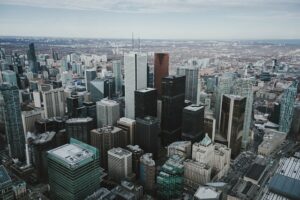 TORONTO – The municipalities of Ontario fear that the new housing legislation adopted by the Province could unload excessive burdens on the municipalities themselves and on taxpayers. The bill presented Tuesday by Ontario Minister of Municipal Affairs and Housing, Steve Clark, would, in fact, reduce and / or exempt from taxes that builders would have to pay in order to build.

In particular, affordable housing and non-profit housing, as well as some other units, would be exempt from various charges. But those taxes go to municipalities to pay for services for residents such as roads, community centers and transit services. And according to the Association of Municipalities Ontario (AMO), the financial burden of infrastructure and services would fall precisely on taxpayers.

The leader of the Green Party, Mike Schreiner, said that the Province must finance this loss of revenue for the municipalities, otherwise the residents will have to foot the bill. “If the province does not come forward to replace development spending, it is essentially asking for a tax increase on real estate taxpayers” he said Wednesday. “Municipalities will in fact have to replace those revenues and in reality they only have two tools to do so: cut services or increase property taxes”.

Minister Clark, however, retorted that municipalities have $ 8 billion in reserves for development expenses. “We will continue to work with our municipal partners” he said. “We will also work with the federal government on their $ 4 billion housing acceleration fund. We think it would help municipalities too.”

Toronto Mayor John Tory said in turn that removing these development burdens could cost the city hundreds of millions of dollars. “What we can’t afford is to see a government make promises and pay them with someone else’s money” Tory said. “These charges that we collect do not go into the general revenue stream, but are charges specifically assigned to things that have yet to be built.”

Tory himself later stated that he is in favor of “pushing” what the legislation tries to do, that is build new housing, but said he was “very concerned” about the development cost aspect. “We are in a position where we want to stimulate housing” he said. “(New buildings) must have sewers to take away waste water. They must have water to supply those buildings. They must have roads and means of transport to connect those buildings to the rest of the city and those were and are paid for in part by building charges.”

The Ontario Big City Mayors, for its part, said it welcomed the bill, but wants the public debate period on the regulatory changes to be extended to allow for further discussion. “There are some very positive things, but there are some elements that will require further revision, such as the impact of removing development costs” Cam Guthrie, Guelph Mayor and President of OBCM, said in a statement.

The housing plan of the provincial government aims to achieve the goal of building 1.5 million houses in 10 years and also proposes to allow more units on a residential lot, introduce a higher population density near the transit stations, reduce the tax burden on ownership for multi-residential condominiums and pursuing rental to own programs.