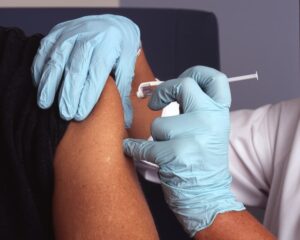 TORONTO – With more than 400 cases in the last twenty-four hours, Ontario exceeds 600,000 infections recorded since the beginning of the pandemic: 600,377. Today, therefore, provincial health officials reported 422 new cases of Covid-19: a significant increase compared to the 326 cases of last Monday and more even compared to the 340 infections on Sunday (when, however, more swabs were processed: 25,707 against 19,840 today) and 356 on Saturday.

The seven-day moving average of new infections in Ontario is now 362, still down from a week ago (372), while the positivity rate is now 1.8 percent, slightly up from the 1.6 last Monday.

Of the new cases confirmed today, 225 (53%) involve unvaccinated people, 13 people with a dose of the vaccine, 161 (38%) fully immunized and 23 with an unknown vaccination status. Currently, over 84% of people 12 years of age and older in Ontario have received two doses of the vaccine.

Another 3 deaths related to the virus confirmed today: the death toll of Covid-19 in Ontario is now 9,874.

133 patients in Ontario’s intensive care units, down from 138 last week. This number includes 22 patients transferred from the province from Saskatchewan. The number of active (known) cases in Ontario is now 3,159, down from 3,215 a week ago. Regarding the territorial distribution of today’s cases, 61 were reported in Toronto, 41 in the York region, 47 in the Peel region and 38 in Ottawa.

In Quebec, 497 new cases were detected today: the total number of people infected since the start of the pandemic is 426,457. Health officials in the province also confirmed another 2 deaths, for a total of 11,496. Admissions rose eight (19 admissions and 11 discharges), bringing the number of people in Quebec hospitals to 244. Of these, 67 are in intensive care, up from five to eight new patients and three who have been discharged.

There are currently 4,415 positives in Quebec.