Ontario: over 500 infections, almost all young. 480 cases in Quebec, 356 not fully vaccinated 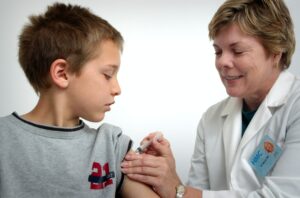 TORONTO – Ontario remains between 500 and 600 new daily cases of Covid-19: 573 Friday, 654 Saturday and 535 Sunday (latest figure released). Ontario’s seven-day moving average is now 537, down from last week when it was 596. 29,755 tests were carried out on Sunday: the positivity rate in the province stood at 1.8 percent. There are also two new deaths that bring the total in the province, since the beginning of the pandemic, to 9,790.

At least 153 patients with Covid-19 are in intensive care in Ontario hospitals and 82 are breathing with the assistance of a ventilator. 539, however, the cases of the disease resolved starting from Sunday: now the number of patients recovered in Ontario rises to 577,490. Sunday’s report brings the total number of laboratory-confirmed cases in Ontario to 591,866, including deaths and recoveries. The cases still active (and known) are 4,586.

Most of the new cases on Sunday were detected in parts of the Greater Toronto Area. Officials reported 98 infections in Toronto, 63 in the York region, 45 in the Peel region and 16 in the Durham region, 58 in Ottawa, 39 in Hamilton and 35 in Windsor-Essex. All the other regions reported less than 30 infections.

Let’s move on to Quebec, one of the very few provinces to have updated the data also today, a day of celebration for Thanksgiving. 480 new cases registered today, 356 of which were found in subjects not fully vaccinated.

Another 16 people have been hospitalized but 22 have been discharged, so the number of hospitalizations drops to 290. It is the third consecutive day that hospitalizations have dropped in Quebec. And only 78 are still in intensive care units (-2). Of the new hospitalized patients, six are unvaccinated, three received one dose over two weeks ago, and seven received two doses over a week ago.