Ontario Schools: stalemate in negotiations, CUPE towards the strike 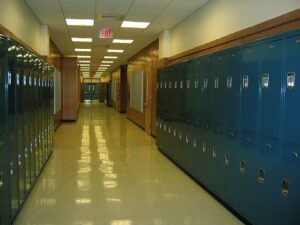 TORONTO – Another step towards the strike. That’s what the Canadian Union of Public Employees (CUPE) has done, representing 55,000 Ontario education workers – including custodians, librarians and early childhood educators: since negotiations with the government fail to deliver anything, the union has requested the so-called “no board” report that could put them on a legal strike position in less than three weeks.

On October 3, CUPE announced that 96.5% of its members voted in favor of abstaining from work if negotiations with the Ontario government fail to produce the desired results. And now, after two more meetings, the balance has not yet moved. “We were at the table for another two days waiting for the government and the school authorities to submit a reasonable offer, but it did not happen — said Laura Walton, president of the Ontario School Boards Council of Unions (OSBCU) of CUPE – they did not even make a step forward on key issues. As a result, we have been put in a position to request a no-board relationship to press and reach a negotiated agreement.”

If the conciliator issues a “no board” report, a decision that usually takes a couple of days, it kicks off a 17-day countdown before the union is in a legal strike position. So far Walton has not indicated whether education workers would undertake a full strike, a white strike, or another course of action.

The tug-of-war between the government and the union has been going on for months now and an understanding seems to be really far away if we consider that both are perched on very distant positions. While the CUPE continues to call for annual increases of 11.7% in payroll the government offers salary increases of 2% per year for workers earning less than $40,000 and 1.25% for everyone else.

The hope, at the moment, is that the next two days of negotiations scheduled for October 17 and October 18 will unblock the situation. These talks, however, – given the unshakability of the two sides – could still make a hole in the water. Education Minister Stephen Lecce reiterated for the umpteenth time that the government is ready to reach a fair agreement and called CUPE’s demands unreasonable. “After going back to school for a month and catching up with the study, I can’t imagine that parents and children this weekend thanked the education unions for their efforts to stop classes,” Lecce said.

Lecce also reiterated that the government “will make sure that children stay in the classroom. Full stop.” A line, his, that leaves no room for yielding, especially with regard to remuneration. Last Thursday, Ontario Prime Minister Doug Ford bluntly threatened preception. “Don’t force my hand,” he told CUPE members. Continuing on the road that leads to the strike, he has therefore hinted, is not a good idea at all, it will not give them the desired results.