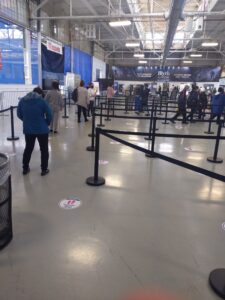 TORONTO – Turning point on the reopening front. The Ontario government announced today that starting Friday the province will enter Step 1 of the roadmap for the reopening of the economy. Doug Ford and Christine Elliott had previously planned to loosen the restrictions from Monday, June 14, but in recent days the premier and health minister had hinted that flattening the epidemiological curve could accelerate the start of Step 1.

“Thanks to the ongoing success of Team Ontario’s vaccine rollout and the ongoing improvements in public health trends, we are able to enter step one of the Roadmap and begin to safely and cautiously lift restrictions,” said Premier Doug Ford. “The only reason we’re able to do so is because of the enormous sacrifices made by individuals, families and communities across Ontario. As we begin to enjoy the benefits of the first step in our roadmap like meeting friends on a patio or visiting your favourite local store, please do so safely by continuing to follow all public health guidelines.”

The pre-season of starting the road map was to achieve vaccination of at least 60 percent of Ontario’s adult population.

But in concrete terms, what changes with the start of phase 1? First, from Friday they will be able to reopen stores considered non-essential, including malls and large shopping malls, although with a capacity limited to 15% compared to the official one.

Essential stores – such as medicines and food supermarkets – will see their capacity increased by up to 25%.

Bars and restaurants will be able to reopen to the public – until now only takeaway food was allowed – and consumption will be allowed on patios and outdoor spaces, with a maximum limit of four people per table. Cinemas remain closed, while only outdoor training will be allowed in gyms.

We start again, albeit among a thousand limitations, also for team sports and sports training: they will be allowed only outdoors, with a maximum number of 10 people in the field, who will always have to maintain a distance of three meters from each other. Therefore, contact is prohibited in all sports activities.

From Friday, restrictions on meetings and gatherings will also be relaxed. Groups of up to ten people will be possible outdoors, while ceremonies and religious rites outdoors can be held without a maximum number of people provided that 2 meters of physical distance between the participants are guaranteed. Indoors the limit will be 15% of the maximum capacity.

This is a small but significant step towards a return to normality. The provincial government roadmap provides for a minimum interval of 21 days before the transition to phase 2, together with vaccination with a dose of 70 percent of adults and immunization of 20 percent of the population: in these three weeks health authorities will closely monitor the development of the epidemiological curve to control a possible surge in new cases of Covid. As a result, further easing of other restrictions would be postponed. If, on the contrary, there are no further snags, the province will enter phase 2, at this point conceivable at the end of June. At this later stage of the roadmap, barbershops and hairdressers will reopen, the capacity of essential stores will increase to 50%, while that of non-essential stores will rise to 25%. On patios, up to six people will be able to sit at the same table, while up to 25 people will be allowed outdoors. As for outdoor sports, tournaments with physical contact between players will finally be allowed.

Finally, in phase three of the roadmap, there will be the reopening of restaurants even indoors while the latest restrictions on outdoor gatherings and the maximum capacity of essential and non-essential stores will fall.

All public health and workplace safety measures currently in place will remain in effect until the province moves to Step One on June 11, 2021 at 12:01 a.m. During this time, the government will continue to work with stakeholders on their reopening plans, including targeted measures for specific sectors, institutions and other settings to ensure that they have full awareness of when they can begin to safely reopen and how.

“While we have reached the point where we can safely move into Step One, now is not the time to get complacent,” said Dr. David Williams, Chief Medical Officer of Health. “We must all remain vigilant, as the fight against COVID-19 is not over. By continuing to follow public health advice and measures we can continue to reduce transmission, safeguard health system capacity and save lives.”