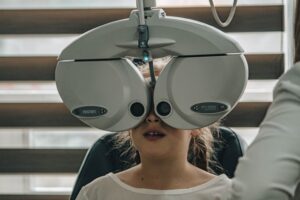 Negotiations resume between Ontario optometrists and the provincial government following failed attempts to arrive at a resolution in the eye care crisis. As a “sign of good faith” during the negotiation process, the Ontario Association of Optometrists (OAO) have resumed eye care services for OHIP-insured patients, including children and seniors.

That means that any OHIP-insured eye care services that were previously affected by the job action, have resumed as of November 23.

On September 1, the OAO, representing roughly 2,500 optometrists, withdrew services like eye exams to individuals covered by OHIP, specifically those under the age of 20, seniors aged 65 and older, and adults in between with certain medical conditions affecting the eyes. As indicated by another Toronto daily, the job action impacted an estimated 15,000 people per day who were entitled to OHIP-covered exams.

According to the OAO, the decision to withdraw services stems from over 30 years of chronic underfunding. They maintain that the portion of eye care services covered by OHIP no longer covers the cost of providing the service. Currently, the provincial health insurance plan covers an average of 55% of the cost, about $44.65, per eye exam, which costs nearly $80 to perform. Providers must shoulder the remaining balance and with operating costs on the rise, the OAO has long argued that the system is no longer sustainable.

Last month, the Ontario government issued a one-time payment of $39 million to represent a “starting point” to support optometrists and to further discussions. Additionally, the Ministry of Health (MOH) “offered to increase OHIP fee reimbursements to optometrists by 8.48%, retroactive to April 1, 2021”.

However, optometrists maintain that the one-time payment of $39 million translates to just over $1 per exam for the nearly 24 million services performed over the last decade. In an earlier statement to the Corriere, Dr. Sheldon Salaba, President of the OAO said: “this one-time payment from the government covers less than one quarter of the funding deficit to reach our cost to perform OHIP services in a single year”. He also acknowledged the importance in coming to a long-term solution and sustainable funding model to resolve the crisis in eye care.

The Minister of Health, Christine Elliot, said in a statement issued on November 22, “I am pleased that the OAO has agreed to join us in resuming face-to-face negotiations”. The Minister also stated that the MOH “is at the negotiations table ready to reach a timely and fair agreement regarding this important matter”.