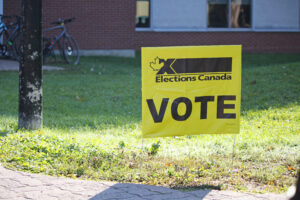 TORONTO – Parliaments closed, politics has certainly not gone on vacation. These days we are witnessing two election campaigns under trace, which overlap and share the same dynamic. At the federal level, the leaders of the main parties are struggling with tours that touch all parts of Canada. Officially, Prime Minister Justin Trudeau has rejected the idea of early elections, yet the dynamics that have been created lead to a very specific direction: that of returning to the polls, perhaps in August or, at the latest, in the autumn.

On this there are numerous elements to take into account. First, the Liberal government continues to survive with the underlying weakness of the 2019 election result: that is, it cannot count on a parliamentary majority. It is therefore an executive that survives on precarious balances, above all because of the intrinsic weakness of the opposition and because of its strength. Historically, in Canada, a minority government goes on for a couple of years, before either because of internal fragility or at the behest of opposition, we return to the polls. In this case the convenience of early voting is all Trudeau’s.

The polls continue to reward him, giving him a generous margin of advantage over Erin O’Toole’s Conservative Party and Jagmeet Singh’s NDP with a sufficient percentage to be able to legitimately hope to form a majority government. In addition to this, his main opponents fail to attract enough consensus to seriously worry him.

With O’Toole the Tories even seem to have taken a step back from the previous leadership of Andrew Scheer, with Singh the neo-Democrats seem destined to repeat what they already did in the last round of elections: third place with the substantial irrelevance in the fight for a possible victory at the polls.

Finally, the climate in the country is changing. The third wave of the pandemic has now run out, all the provinces have relaxed their restrictions activated to stem the infections of Covid-19, people are returning to live something similar to the pre-Covid normality. A generalized optimism prevails at this time, also fueled by the success of the national immunization campaign and the high rate of vaccinations achieved in Canada.

In short, for Trudeau this could be the right time to monetize this new phase politically. At the provincial level we are witnessing something similar, although here the timing is much more defined. In Ontario we will go to the polls in June of 2022 and Prime Minister Doug Ford obviously has no intention of forcing his hand.

Firstly because the government can count on a solid parliamentary majority in Queen’s Park and therefore there are no imminent needs to return to the polls. Secondly – and here we find a first substantial difference with the federal dynamics – because the popularity of Ford has dropped sharply. The polls do not reward him, on the contrary they see him in difficulty compared to the Liberal Party and the NDP.

The premier, closed the work of the provincial assembly for the summer break, began a few weeks ago the classic policy of announcements and photo opp: every day at least two ministers reach the four corners of the province to announce new investment plans, rain appropriations and electoral promises. The political investment, in this case, is long-term, because the vote will be discussed again in just under a year.