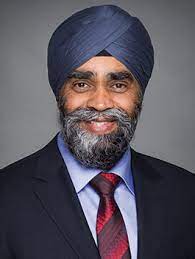 The House of Commons has passed a motion criticizing Defence Minister Sajjan.

The vote to censure Harjit Sajjan, which was brought forward by the Erin O’Toole Conservatives, passed by a vote of 169 to 151 on Thursday night.

Since former military ombudsman Gary Walbourne stated that he initially reported an allegation of sexual misconduct involving then-defence chief Jonathan Vance to the minister in March of 2018, Sajjan has been under fire.

While Sajjan, who is backed by the Trudeau Liberals, claims to have followed all proper protocols, Conservative Leader Erin O’Toole accused the minister of neglecting victims of sexual misconduct in the military on a regular basis.

He also claims Sajjan lied to Canadians about his military service.

Intolerance and groupthink – the “new normal”