Parties in High Gear: Liberals give their Leader the official endorsement 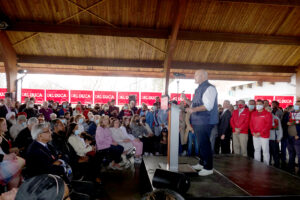 TORONTO – They must have waited until the last minute to secure maximum effect… biggest bang for the event’s buck, so to speak. In part, it worked. An estimated 400 people turned out for the announcement and for Steven Del Duca’s kick-off speech.

Many whom party faithful, and other political observes, expected might be there to acknowledge the event and show their support for the individual and/or the Party found a reason to be elsewhere. Most notable was the absence of Vaughan’s City Councillors (Tony Carella being a notable exception) and their Mayor Maurizio Bevilacqua.

They were constantly at then Minister Del Duca’s office door when they wanted approval for the Regional Hospital, the widening of Highway #7, the extension of Highway 427, the extension of the TTC Subway system into Vaughan and GO transit railway stations. Vaughan-Woodbridge hosts the greatest number of self-identified ethnic Italians in Canada – 55,000 at last count (census 2016). 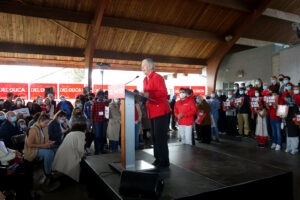 They were not the only ones absent. Candidate Ida Lipreti, next door, showed her appreciation for the leader by staying away. It was a good thing for Del Duca that former federal Minister Deb Shulte (in the pic above) was there to nominate him – something she did with class, even as many present insisted they were under the impression (not identified independently or by Bevilacqua’s office at time of going to print) that Bevilacqua was going to do the honors.

Since Leaders usually emerge victorious in the ridings they contest, conversations between these might be strained after June 3.

In the pic below, some images from the presentation (photos by Rocco Grossi and Gregorio Riccio) 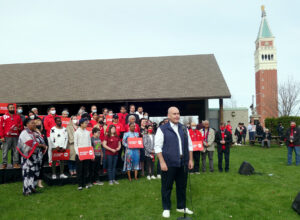 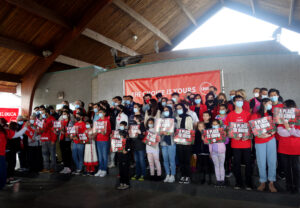