Pediatric vaccine, the wait is over 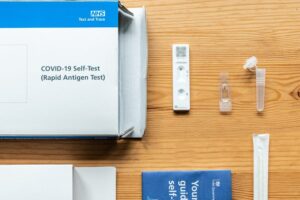 TORONTO – The long wait is over. Health Canada is expected to announce tomorrow that it has approved the Pfizer vaccine against Covid-19 for use in children between the ages of five and 11. This is the news leaked, and reported by the Toronto Star: various sources, who do not have permission to disclose the information, have confirmed the imminence of the approval.

The approval of the Canadian health agency would therefore come at a time when Covid-19 infections are rising day by day throughout the country: Ontario, for example, today reported 711 new cases compared to 512 on Wednesday, which represent the highest number of infections since September 24. Vaccinating children, according to health officials, can only have positive implications in the fight against Covid.

Pfizer-BioNTech, which presented its data on the vaccine for children to Health Canada on October 18, recently published the results of its own study which shows that the vaccine is almost 91% effective in preventing symptomatic infections in children within the indicated age group.

The Toronto Star reports that 2.9 million pediatric doses are expected to be delivered in the coming days, which would be enough to administer the first dose to every eligible child aged five to 11 years.

The Pfizer vaccine for children, according to the pharmaceutical company, uses the same mRNA technology as that for adults but the dosage is lower: the doses are about a third of the amount administered to adults and adolescents aged 12 and over.

And while there is great anticipation for tomorrow’s announcement, today at a joint press conference Health Minister Christine Elliott, Education Minister Stephen Lecce and Ontario Chief Medical Officer of Health Kieran Moore said the province will deliver 11 million rapid antigen tests to schools so they can be used before the boys return to class in January. The purpose of this initiative is clear: to prevent children from returning to school after the Christmas holidays positive for Covid-19.

School boards will be responsible for giving each student a kit of five rapid antigen tests, to be performed every Monday and Thursday starting December 23. Students who test positive will need to remain in isolation and take a PCR test in the lab as soon as possible.

Participation in the test program during the holidays is optional and in January students will be able to return to face-to-face classes even if they have not made use of it.

They are kits, these, underlined the ministers Elliott and Lecce, which are not part of the federal stocks but which were purchased by the province directly from a single company for about 50 million dollars.