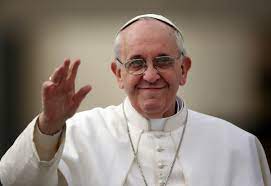 There is always a place for another foreigner at the table, said Cardinal Michael Czerny when presenting the message of Pope Francis for the 107th World Day of Migrants and Refugees, which is celebrated on September 26 and whose content was published this May 6 by the Vatican.

Pope Francis criticized “closed and aggressive nationalisms and radical individualism” that only divide and that “foreigners, migrants and the marginalized end up paying.”

The pope’s message acquires relevance just when the International Organization for Migration announced that in the Report on Migration in the World 2020, as of June 2019 it was estimated that the number of international migrants was almost 272 million worldwide; that is, 51 million more than in 2010.

The pope invited us to be empathetic. “These nationalisms and individualisms crack or divide the we, both in the world and within the Church. The highest price is paid by those who can more easily become others: foreigners, migrants, the marginalized, who inhabit the existential peripheries ”.

Francisco also reinforced the need to support the displaced, refugees and migrants, and emphasized that “we are all in the same boat, called to work so that there are no walls that separate us so that there are no ‘others, but only one us’ , great as all humanity, he assured.

Among the wounds that Jorge Mario Bergoglio (his secular name) has denounced several times are deep imbalances. “The powerful eat the weaker. As a consequence of this situation, large masses of the population are excluded and marginalized, “he said.

The pope also dedicated a moment to remember what is known as ‘The Economy of Francis’, in which he proposes to follow the example of several young people who want “the poor, the discarded, the excluded, the migrants and refugees to be at the center of the economy ”.

The biggest fan of the soccer team of the San Lorenzo and promoter of ‘the fair play’ made a double appeal to Catholics and to all men and women in the world to be able to reach “an ever greater we”.

With the appointment of a Latin American pope, the Catholic Church was strengthened in Latin America and the entire world, since Latin American displacement and migration are among the highest. Latin America represents 42% of the world’s Catholic population and is the largest bloc within the Church, compared to 25% in Europe. With the exception of the Polish John Paul II and the German Benedict XVI, the position was previously reserved for Italians.