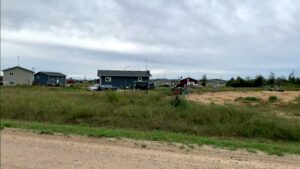 Blood and death in two Indian reservations in Saskatchewan. After the massacre that took place in the James Smith Cree Nation and Weldon where 10 people died and 18 were injured in a series of stabbings, a shooting took place in the Witchekan Lake First Nation. So far there are few details made known but the RCMP does not believe that this last fact of blood is connected to the carnage of the previous day.

After arresting Kelly Witchekan in Saskatoon, police continue to hunt down 33-year-old Melvin Starblanket. The manhunt is also underway for Myles Sanderson, 30, held responsible together with his brother Damien for the stabbings that sowed deaths and injuries. 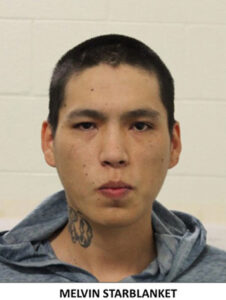 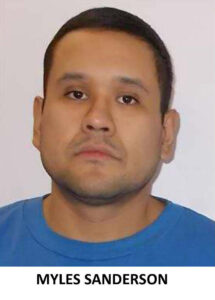 And while Myles is still on the run, Damien Sanderson was found dead on Monday night. The injuries that caused his death do not appear to be self-inflicted, said Rhonda Blackmore, assistant commissioner of Saskatchewan’s RCMP. “Myles Sanderson should be injured and may be seeking medical attention,” Blackmore said, “even if he is injured, it doesn’t mean he’s not dangerous yet.”

At the expense of Myles Sanderson, who appears to be in regular use of drugs and alcohol – the RCMP has issued an arrest warrant for multiple first-degree murder, attempted murder and burglary. And according to the Parole Board of Canada the fugitive has a long criminal record that includes numerous previous convictions for assault. “His criminal record dates back about 20 years, he has 59 convictions that include crimes against property and against people such as assaults and attacks on police officers,” said The Canadian Press reporter Mickey Djuric.

In Saskatchewan, Alberta and Manitoba, the “dangerous person” alert remains in place: police believe Sanderson may be in Regina, where it appears that his vehicle – a black Nissan Rogue with 119 MPI license plate – was last spotted.

The leaders of the Federation of Sovereign Indigenous Nations have also launched an urgent appeal to find Myles Sanderson, imploring those who know where he is to come forward to end this tragedy without further loss of life.

The reason for the stabbings remains unknown, but the RCMP believes that some people were targeted by suspects while others were attacked at random. Some of the victims, including a 14-year-old boy and a 77-year-old man, have been identified by their families.