School and pandemic: a Minister in isolation, absent School boards and non-existent plans 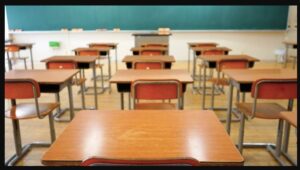 TORONTO – Safety plans, guidelines, mask use, physical distance, maximum limit of students, vaccination obligation for school staff. These are some of the issues on which, just over six weeks before the beginning of the school year, our political class should start a serious and constructive debate, incorporating the indications and inputs of the provincial scientific community, trade associations and school provveditorati. In Ontario, at least for now, everything is silent.

The Minister of Education Stephen Lecce comes out of his golden isolation once a week, repeating his mantra “we are preparing the return plan, we will present it shortly”. The NDP, official opposition to Queen’s Park, after presenting its proposals last month, has not returned to the subject. On the School Boards it is better to spread a pitiful veil: the Catholic one in Toronto, after winning its battle to wave the Pride flags in the schools – empty – of the city throughout June, took refuge in a deafening silence.

In recent days the provincial scientific community has tried to provide some elements, although for now it remains very vague. First, at the beginning of the week, the scientific control room presented a document in which the importance of teaching in the classroom with respect to distance learning is repeated and where the government is advised to loosen some restrictions in schools in provincial areas where the contagion rate of Covid-19 is low.

Tuesday was the turn of Kieran Moore, Chief Medical Officer of Health of Ontario, who in a very generic speech was more cautious about the need to keep the mask in the classrooms.

In any case, these are very general positions, which obviously, given the absence of political input – where the final decisions will ultimately be taken – have no specific weight. In the midst of this situation of institutional indifference are the families of the students. Always taking the Toronto Catholic District School Board as a reference, the parents of the pupils last July 16 received an email in which they were asked to decide on the two options for the next school year: classroom teaching or distance learning. The decision must be made by August 6 and, unlike last year, there are no planned transition from one learning system to another during the academic year.

There is evidently a short circuit in all this: families should make a decision based on the government’s return to school plan, then on security measures and anti-Covid protocols.

The problem is that the government has not yet presented this plan. We are faced with a paradox, one of many, caused by the immobilism of the provincial government during the pandemic. The lack of organization could lead to the same solution as last year: all students at home, schools closed and distance learning practically mandatory.