School, pressure of pediatricians on the government: “Reopen or serious effects on children” 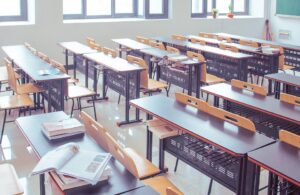 TORONTO – After the parents, pediatricians take the field. The Canadian Paediatric Society, the Pediatrics Section of the Ontario Medical Association and the Pediatricians Alliance of Ontario have written an open letter to Ontario Premier Doug Ford and Education Minister Stephen Lecce urging them to resume face-to-face classes in schools by January 17.

Specialists, while claiming to understand that the Variant of Covid-19 Omicron is overwhelming hospitals and that governments must act, argue that “some decisions and measures pose a much greater risk to children and young people than the virus itself”.

That it is important for children to attend classes in the classroom for various reasons – including socializing with their classmates, confronting and growing – is what the Ontario Families Coalition also believes that distance learning is “a failure”. Their fundraising on the Go Fund Me page – the money would be used to file a lawsuit against the provincial government – exceeded $30,000.

Prime Minister Ford, moreover, did not assure that schools will reopen with certainty in a week: after saying even before the start of the school year that schools would not be closed, as in the past, due to the Covid-19 pandemic, the hesitations have arrived. Face-to-face classes, which after the Christmas holidays were supposed to resume on January 3rd, were postponed to January 5th and then again to January 17th. A full-blown reversal, this of the government.

Bringing children back to class and doing it safely is what everyone – parents, teachers, doctors – hopes will happen as soon as possible. In addition to hygiene measures, masks and so on, vaccines are of great importance. Since last Saturday, the Ontario government has made specific appointments available to education and kindergarten workers in the Greater Toronto and Hamilton Area (GTHA) in ten additional clinics. These vaccination centers are located in Toronto, Richmond Hill, Mississauga, Vaughan, Pickering, Hamilton, Oakville and Brampton. “As we work to bring children back into the classroom, we are taking swift action to create additional clinics – open seven days a week – that will provide additional protection to Ontario’s school communities,” said Education Minister Stephen Lecce.

Meanwhile, without making too much noise, Ontario has updated its screening guide for schools and childcare facilities and will once again require children with a sore throat, runny nose or headache to stay at home until their symptoms begin to improve.

According to the previous policy, children should only isolate themselves if they had one of the five symptoms commonly associated with Covid-19: fever or chills, shortness of breath, loss of taste or smell, nausea, vomiting or diarrhea or continuous cough.

According to the revised guide, children should now stay at home if they develop any of the 10 symptoms listed with their return dependent on how soon they recover, what symptoms they have had, and whether or not they can access the tests. The strictest rules apply to fever or chills, shortness of breath, loss of taste or smell or continuous cough: if a child develops any of these symptoms, he is expected to isolate himself for a period of five to 10 days, depending on his age and vaccination status.