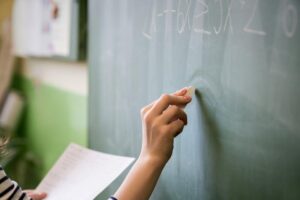 The backlog of structural interventions in Ontario schools since the Ford government took office has increased by a billion dollars to $16.8 billion. This information was revealed by the Minister of Education, Stephen Lecce. “Children, teachers and education workers know what it’s like to spend the day in classrooms with leaking ceilings in boiling classrooms, with windows that no longer open – said NDP education critic Marit Stiles – from broken boilers to fountains from which it is not safe to drink, our children are paying the price for the government’s choice of Kathleen Wynne and Steven Del Duca to underfund school repairs. Now, Doug Ford is so reluctant to spend money on our children and their schools that the list of necessary and ignored repairs is stretching at an incredible rate.”

We have reached the point where, according to Stiles, safety still remains a mirage and sitting at the desks can even be harmful to health at this time more than ever: repairs never made to HVAC systems represent a dangerous problem given that Covid-19 that spreads by air, thrives in enclosed spaces. “Parents are concerned that the safe reopening of our schools is in jeopardy due to this government’s inability to fix our schools and make them safe – Stiles said – they are concerned that windows that don’t open and outdated or broken HVAC systems make schools unsafe.” What is even more surprising, according to the provincial MPP, is that although the federal government allocated funds during the pandemic precisely to improve infrastructure and ventilation, Ford did not move a finger to get its hands on the backlog.

But while the cry of alarm is being raised about the totally inadequate state of maintenance of schools that are supposed to welcome children back to their classrooms in September, yesterday Minister Lecce anticipated a change from an educational point of view that will take effect in the fall and will cover more areas of mathematics.

Grade 9 students have so far attended mathematics courses of an “academic” or “applied” level, a distinction that many say discriminates against children from marginalized communities. Streaming has been shown – where students have to choose to follow an “academic” or “applied” path when starting high school – disproportionately affects black and low-income students when it comes to graduation rates and the ability to attend a post-secondary institution. Lecce called this a “systemic, racist, discriminatory practice”. In fact, the problem of preparing children is not solved by eliminating the various levels alone but by improving the programmes.

The views are different in this regard but what sounds out of tune is the moment, the timing of the provincial government in making this announcement. The school year is in its final stages, the students have not been in the classrooms since mid-April and Covid is still a concern, you can’t sing victory yet. The thoughts that haunt parents, just over two months before the reopening of the schools, are many: will the school boards be ready? Will they have a serious plan? Will schools be safe? And the list can go on.