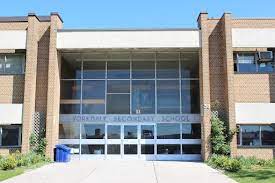 TORONTO – Students from the Toronto Catholic District School Board (TCDSB) and the Toronto District School Board (TDSB) returned to class today. After taking online classes for two weeks, Monday was supposed to be the day of the big comeback but a massive winter storm forced them to stay home for another two days. The reopening of schools took place – said the TDSB – following the “significant progress” that the city has made in clearing the main roads and secondary roads.

And as the two important schoolboards of Toronto have also reopened the schools of the York Region District School Board, those of Peel, the Catholic board of Dufferin-Peel, the Halton District and the public and Catholic school board of Durham.

To the parents irritated by the communication arrived at the last minute the TDSB responded with a message posted on Twitter: the TDSB said that the delay in alerting parents – it was 8:50 in the morning – was due to the fact that they learned about the problem only when the staff arrived in the schools.

A return to school, however, which came amid an avalanche of controversy and fears for the ongoing pandemic. Precisely to reassure parents worried about their children, the Minister of Education Stephen Lecce and the Chief Medical Officer of Health. Kieran Moore sent a joint letter to parents outlining some of the steps the government is taking to ensure a safe return to classrooms, including distributing 3.9 million rapid antigen tests to school boards this week.

Lecce and Moore also said that some parents will receive in the coming days a form that offers them the opportunity to vaccinate their children in a school clinic during class time. “Targeted clinics”, these, which are present in selected schools chosen by public health units.

“We do not take anything for granted – reads the letter – health and safety in our schools and kindergartens remain a top priority. We continue to monitor to ensure that every precaution is taken to protect children, students and staff.”

And while almost all students in the province returned to classrooms, those attending schools at Peterborough, Victoria, Northumberland and Clarington Catholic School Board in Clarington remained closed for the third day in a row. Tomorrow, after the snow was removed, they could also go back to school.