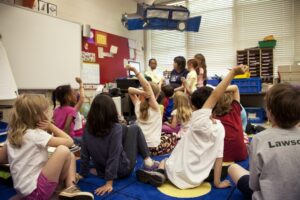 The Union, which represents 55,000 workers – including early childhood educators, school administration employees, bus drivers and tutors – says it should increase further and that workers’ wages have been limited over the past decade. According to CUPE, in fact, the average wage for its members is currently $ 27.87 and wage increases for public sector workers have been stuck at 1 percent per year “due to a controversial bill. of the government”.

Other CUPE discussion proposals include requiring minimum working hours for full-time staff and minimum standards on vacation and leave, as well as funding for multi-worker benefits.

The possibility of an agreement with the provincial government on the 11.7% increase, however, seems distant: in recent weeks, in fact, premier Doug Ford had declared, during a press conference, that the increase in wages of teachers would have been “more than 1%”, just to reassure civil servants that the previously passed law, the Protecting a Sustainable Public Sector for Future Generations Act of November 2019, had limited wage increases for workers in the sector public at 1 percent per year. Advertised at the time as a time-limited approach to help eliminate the deficit, the Act was only supposed to remain in effect for three years, but Ford no longer spoke out on a possible repeal or extension of the measures.

“In light of historic inflation, currently at 7.7 percent, that [one percent wage increase] equates to an unacceptable wage cut. This means that frontline workers are now struggling to make ends meet, much less to move forward”, the Union said in a press release following the premier’s conference. Faced with calls to repeal the measures in the face of rising inflation, Ford said he had “all confidence” in the Minister of Education, Stephen Lecce, who is tasked with negotiating the details of some important teacher contracts that are about to expire. “He’s going to do a great job and negotiate a deal fairly”, Ford said.

“We fully understand inflation. We fully understand that the cost of living is rising”, Ford said. “Teacher salary increases will not be –‘skyrocketing’, negotiations will be ‘fair’ and allow students to be welcomed into the classroom”.