She is Giorgia: from “the people’s daughter” to prime minister in pectore 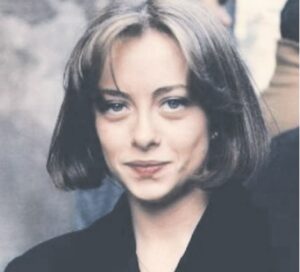 ROME – Her political history begins thirty years ago in a Roman section of the Fronte della Gioventù (the Youth Front of the far-right party MSI) where she arrives and, simply, knocks on the door. It is 1992 and she, Giorgia Meloni, is 15 years old and attends the linguistic school “Amerigo Vespucci”. She does not come from any “lineage” of the Roman right but, like so many of the ones who embraced political militancy in those years, she comes from a particular family situation: her mother, Anna, is separated, and also has another daughter (Arianna), and she does the most varied jobs to get by. All three live in a 45 square meter two-room apartment, a spartan home, without a sofa and with a single table where they can do their homework, eat and rest their elbows to watch TV. Giorgia and Arianna sleep on a mobile bed, “one for the head and one for the feet”, located in the corridor.

Giorgia, who studies and like her mother does a variety of jobs (babysitter, waitress, dresser) to help the family, decides to devote herself to politics because, perhaps, she is looking for her own dimension. She wants to belong to something. And she finds it, because from that first day of her at the Right Youth Front she begins a political path in constant growth despite the many difficulties deriving from being part of the “ghetto”, the wrong side, that of the “fascists”.

She becomes president of the MSI youth movement when the old “Front” is transformed into Azione Giovani (Youth Action). She enters Parliament at the age of 29 with the Alleanza Nazionale party (National Alliance, party born from the split of MSI) and she is immediately designated Vice President of the Chamber by her first mentor, Gianfranco Fini. She is the youngest to fill that role, but as a baby-vice president of the Chamber many colleagues remember how she was able to conduct the Chamber’s works immediately with an energetic attitude. She is already well prepared because she is a “nerd”, as she likes to define herself: someone remembers her, at that time, in a corner of the Parliament, diligently taking note of minister Giulio Tremonti’s instructions on how to behave as an expert vice president of the Chamber.

Two years later she is already a minister, in the Youth Policy department. Then, the internal events of the Center-right and the traumatic break between Gianfranco Fini and Silvio Berlusconi lead her to move away from what her mentor had been, not to follow him in the experience of the new party Futuro e Libertà (Future and Freedom) to “give a new home to the Right” with the foundation of Fratelli d’Italia (Brothers of Italy) together with Ignazio La Russa and Guido Crosetto. A force also born as a consequence of the stop to the open primaries in the PDL (the new party born from the fusion of Forza Italia and Alleanza Nazionale), imposed by Berlusconi. And even there, she start with the challenge of being the first female party leader (and currently the only one), and on the right, a territory generally considered more closed to the presence of women in politics.

The beginnings of Fratelli d’Italia are not the most encouraging: FdI does not reach 2 percent at the 2013 Italian elections, improves at the European elections the following year but does not overcome the barrier and does not elect deputies in Strasbourg. It grows but not too much at the Italian elections on 2018, when it takes 4.3 percent, against 14 percent of Forza Italia and 17.4 percent of Matteo Salvini’s Lega.

Then, the decision not to enter the first Conte government together with her ally Salvini, a hypothesis that at a certain point seemed to materialize, only to finally vanish. At the European elections in the following May, in which the Lega party gets 34.3 percent, FdI gets 6.4 percent, an increase not comparable to the doubling of the Lega and not enough to overtake Forza Italia (then all 8.8 percent). But it is with Salvini’s experience of government and the beginning of the waning phase of FI that things begin to change: non-compromise with the yellow-green executive (Lega and Movimento 5 Stelle) pays off, as does the increasingly penetrating use of media communication and on social media. All this, not separated from a recognized (even by the opponents) oratory ability.

2019, in this perspective, is the decisive year: the first FdI governors arrive in Abruzzo and the Marche, the first double-digit results in some territories, the overtaking on Forza Italia. And as often happens, there is a moment that symbolically seals the rise of Meloni: the speech at the unitary demonstration of the center-right in Rome at the end of October, in Piazza San Giovanni, the now famous “I am Giorgia, I am a mother (she has a 7-year-old daughter), I’m a Christian “, which soon went viral, which contributed, contrary to the intentions of those who had spread “memes “and remixes on the web, to increase the popularity and sympathy of the FdI leader.

Abroad they begin to notice her: the New York Times places her in the 20 emerging world figures who “could shape the future” and the Financial Times predicts her future as prime minister. Many laugh in Italy, but she decides to resist even the sirens of the national unity government led by Mario Draghi, she bets on the implosion of the majority and wins.

The rest is today’s news: the triumph with her party at 26 per cent and the role as premier almost certain. First female Prime Minister. At 45 years old. And it’s not left wing. But she is a daughter of the people.

(with files from Agi and La Repubblica)

In the photo above, a young Giorgia Meloni when she was in the Fronte della Gioventù (pic from social networks)