Six doses of vaccine accidentally injected into a young woman, but she’s fine. The Codacons filed a complaint 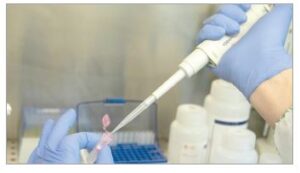 MASSA – Six doses of vaccine. Whole vial. Not even during the Pfizer overdose trial had a similar amount been tested: it stopped at four. But the young woman who was accidentally injected with the “super-vaccine” apparently is fine and after 24H observation in the hospital she was discharged.

It happened in Massa, in the province of Massa Carrara, Tuscany (Italy), on Sunday morning when the “victim”, a young  trainee in Clinical Psychology, went to the New Apuan Hospital to undergo vaccination. A few minutes after the injection, the shocking revelation: “We made a mistake. We injected the entire vial of Pfizer vaccine, equal to six doses”.

The 23-year-old was therefore hospitalized for observation also because – we said – an inoculation of six doses of the vaccine would never have taken place: a similar case had occurred in recent months in Germany, but in that case there were five doses, while the Pfizer trial related to overdose would stop at four. In the absence of a case study, the trainee is kept under close observation, a report on what happened has already been sent to Aifa and on Sunday morning even the staff of the State Police went to the hospital to get information on what happened.

After 24 hours, the young woman was discharged: she would not have manifested allergies, as the ASL Toscana Nord Ovest (ASL is the Italian Public Agency of Health) reported, but only arm pain. “It was a problem of decline from a cognitive point of view, a slip due to a moment of decline in attention”, explained the ASL, however deprecating the error due to inattention: the ASL itself has promoted an internal audit to understand what actually happened.

Meanwhile, the Codacons (a citizen’s rights Italian association) has announced a formal complaint for the possible case of serious injuries. “This is a serious episode on which the judiciary must clarify – explains the association – . It is simply absurd that in a hospital, a place where the health of citizens is guaranteed, such an error occurs, and the administration of 6 doses of vaccine could have effects on the girl’s health, with reactions that could manifest themselves in the next few days “. An episode that, according to Codacons, “should lead to the immediate suspension of the health workers responsible”. The association also underlines that “the girl who is the protagonist of the story is entitled to compensation for damages even in the absence of consequences on a physical level and only for fear and the stress suffered “.