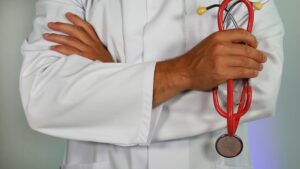 TORONTO – Six million Canadians do not have a family doctor and 35% of them searched for one for more than a year, to no avail. Considering that Canada has a population of just over 38 million inhabitants, what emerges from the second report drawn up on the basis of a series of surveys carried out by the Angus Reid Institute on the crisis in access to health care is definitely alarming.

The report highlights in all its drama how serious the problem of the shortage of health personnel in Canada is, not only in hospitals but in general. To such an extent that in some areas of the country there is only one family doctor for an entire city: this is the case of Wheatley, Ontario, where there is only one doctor for 1,400 families (moreover, by the end of the year the doctor will retire and there is no one ready to replace him).

But even those who have a doctor do not seem particularly lucky: a third of Canadians who have a doctor fail to see him within a week, in case of need. Only 18% said they were always able to get an appointment in a day or two.

Going back to those without a doctor, the study shows that the younger you are, the more likely you are to remain without a doctor: 28% of men and 21% of women between the ages of 18 and 34 report that they want a doctor but of not being able to find one. And if – we said – 35% of the total “without a doctor” claim to have been looking for it for more than a year, 29% of those who would like to declare that they have stopped looking for it.

The lack of a family doctor is not a new problem for Canadians – Statistics Canada reported in 2019 that an estimated 4.6 million Canadians did not have a primary care provider – but with the health care system deforming under the pressure from the pandemic and mass “burnout” of health workers is becoming a real emergency.

The situation varies from province to province: British Columbia and Atlantic Canada have the largest number of adults who report being unable to find a doctor or having problems accessing their doctor; almost a quarter of the respondents living in B.C. and in Quebec they say they don’t have a doctor and would like one; in Atlantic Canada, more people reported having a doctor but here is also the highest percentage of Canadians who reported having difficulty seeing the doctor they have: 41%.

Then, there is the question of the difference, for one’s health, between having a family doctor and not having one. When asked “has your overall health improved or deteriorated in the past six months?”, more than 50% of Canadians (with or without a doctor) said their health remained the same, while 25% said their health improved and 20% worsened. But when the question has been asked distinctly to those who have a doctor and those who don’t, the percentages change. For only 8% of those who have a doctor, health has deteriorated; this percentage rises to 24% among those who do not have a doctor. Moreover, it is almost impossible for those who do not have a doctor to access specialist examinations: for 79%, it is difficult or even impossible.

Unfortunately, the outlook is not rosy: according to the Canadian Medical Association (CMA), the percentage of medical students who have chosen the path of family medicine decreased by 7% between 2015 and 2021. And in 2021, although 2,400 family doctor positions were advertised on government recruitment sites, only 1,400 new doctors graduated to take the family doctor path.

“Family doctors face enormous pressure,” notes the CMA. “Whether it is administrative tasks such as updating medical records, completing medical forms, coordinating care across multiple agencies and providers, or managing increasingly complex care plans for an aging population, expectations about family doctors are always high “. And the percentage of those who want to avoid such high pressure continues to rise …

Photo by Online Marketing on Unsplash