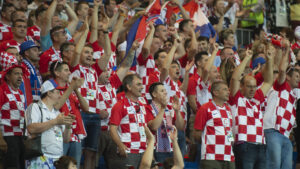 Continuing with the Opposition that Canada will face in group F, Croatia is the next big team to take note of.

Croatia is a very experienced team with quality players coming up to replace many of the veterans.

This Croatia team is coming from their last world cup with a finalist medal, with the only loss in the competition being the final with France.

They were a squad that defied all odds and are wanting to build on their 2018 run. Key players such as Luka Modric and Ivan Perišić are still with the squad bringing  a lot of composure and experience, two qualities that helped Croatia in 2018.

With a few youngsters breaking into the team the Croatian squad has changed, but for the good, the new players bring speed, energy and life to this team.

The combination of veterans who can control games and young players with a lot to prove, Croatia has all the ingredients needed to become another dark horse in the World Cup.