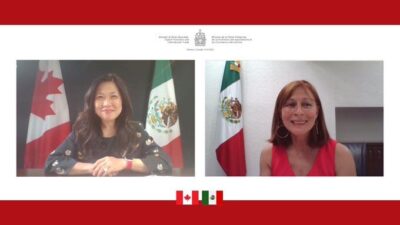 The Mexican Secretary of Economy Tatiana Clouthier virtually visited Canada this Monday, June 7, the fifth most important commercial partner of Mexico. He spoke with Mary Ng, Minister of Small Business, Export Promotion and International Trade of Canada, with Francois-Philippe Champagne, Minister of Innovation, Science and Industry, as well as with Canadian businessmen about issues related to the North American Free Trade Agreement. North, which is abbreviated CUSMA, TMEC and USMCA. END_OF_DOCUMENT_TOKEN_TO_BE_REPLACED