TCDSB and TDSB, Trustee elections, between reconfirmations and new faces 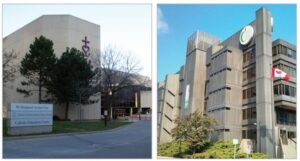 Voters across Ontario, in addition to voting for councillors and mayors in various municipalities, expressed their preferences for school trustees in the province’s 72 superintendents. This vote is important since they are the ones who administer budgets, listen to the issues raised by students and parents, make decisions that affect various issues, such as staff level, catchment areas and the program offered. The TDSB, which has about 247,000 students spread across nearly 600 schools, has an annual operating budget of about $3.4 billion, while the Toronto Catholic District School Board, with about 90,000 students in 195 schools, has a budget of $1.1 billion.

In ward 11, which includes Beaches-East York and Toronto-Danforth, the chair’s Angela Kennedy was re-elected for the eighth time with 52.3% of the vote. In second place was Celine Di Nova with 21.7% of the preferences.

Kennedy said the goal of the next term should be to identify students’ learning gaps and fill them “as quickly as possible” with tutoring, extra resources and additional staff. “We need to help students get back on track, especially in math and English,” he said.

The outgoing trustees who were reconfirmed are Markus de Domenico in ward 2, Ida Li Preti in 3, Teresa Lubinski in 4, Maria Rizzo in 5 (Gianfranco Cristiano obtained 4,139 preferences, only 983 votes less), Frank D’Amico in 6, Mike Del Grande in 7, Garry Tanuan in 8, Daniel Di Giorgio in 10 and Nancy Crawford in district 12.

A narrow, indeed very narrow, victory was obtained by the outgoing trustee of Ward 1 Joseph Martino who beat Robert Pella by a single vote.

In ward 9 – the only one of the 12 districts of the TCDSB in which the outgoing trustree did not run, the battle was among the hardest fought with seven candidates vying to fill the seat left vacant by Norm Di Pasquale: the newly elected trustee was Kevin Morrison.

On the other hand, Di Pasquale who had run for the Toronto city council had no luck: the former trustee was blown the victory by Dianne Saxe by only 123 votes.

In the TDSB the largest turnover of trustees is due to the fact that there was no outgoing trustee in 10 of the 22 wards.

In the city’s west side, new Toronto District School Board trustees include Dennis Hastings in ward 1, Matias de Dovitiis in ward 4, Liban Hassan in ward 6, Debbie King in ward 7, Alexis Dawson in ward 9, and Deborah Williams in ward 10. East of Toronto, new faces include Farzana Rajwani in ward 14, Sara Ehrhardt in ward 15, and Neethan Shan in district 17.

It is surprising that TDSB chair Alexander Brown was not re-elected in ward 12, which had the vote of 6,791 residents: Weidong Pei beat him, earning the preferences of 7,023 voters. The newly elected trustee, a dentist by profession and lecturer for eight years in the faculty of dentistry at Toronto University, said he had a clear idea of what to do: “I saw that the TDSB has taken a wrong direction. It’s time for a change,” he said.

Finally, the landslide victory was that of the newly elected trustee Debbie King, who obtained 13,439 votes (Theresa Francis, second received just 2,441). King said she wants to focus on “promoting equity so that every student has a great chance of success” and that she will seek to secure stable and adequate funding to support various initiatives.

In the pics above (Wikipedia) from the left: TCDSB e TDSB