The election paradox: everyone lose, the only winner fails to get elected 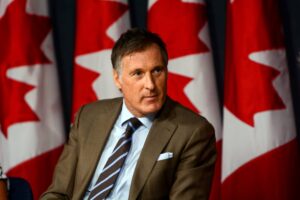 TORONTO – So many losers, a single winner who, paradoxically, cannot even get elected and remains outside parliament. These are the main data that emerge from Monday’s election. The leaders of the main parties in the race have failed miserably in their main objectives, while the parliamentary balance between the parties remains virtually unchanged.

Justin Trudeau. We will then have a new liberal minority government. Given the polls of recent weeks, the result of the grit leader can be judged positively. We must not forget, however, that these elections were strongly desired by Trudeau himself with the declared aim of receiving a strong mandate from the voters and thus winning an absolute majority of seats. Quota 170 has instead remained a chimera and the prime minister finds himself with the exact same parliamentary strength that he had in the previous legislature.

Erin O’Toole. For a few weeks, during the election campaign, the conservative leader cherished the dream not only of victory but also of winning an absolute majority. Yet O’Toole was unable to capitalize on the difficulties of his main opponent, especially during the two debates between leaders where he did not impress. The Tory leader had to start from the legacy received from his predecessor Andrew Scheer, who in 2019 had won 121 seats: not only did he not advance, but even lost two MPs. Ultimately, he did not pay for O’Toole’s decision to move the party towards the center, targeting the dissatisfied moderate electorate of the outgoing prime minister. This questionable maneuver did nothing but displease a slice of conservative voters, who preferred to opt for Maxime Bernier’s People’s Party.

Jagmeet Singh. No orange wave, like the one in 2011 with Jack Layton. The neo-democratic leader fails to gnaw consensus among progressive liberals: he had 24 deputies, he will return to Parliament Hill with 25. In the party there are obvious problems that do not only concern the leader but also his close entourage. After two disappointing elections, perhaps it would be appropriate to turn the page and start again from a new leader. Thomas Mulcair, let’s not forget, was torpedoed after winning 44 seats, almost equal to the sum of those won by Singh in two elections.

Annamie Paul. There is no two without three. The Green leader tries for the third time to get elected to parliament and fails miserably, coming fourth in her Toronto Centre district. With the previous leader Elizabeth May, the Green Party in 2019 had received almost 1.2 million votes: in this electoral round there was a collapse, with just 370 thousand votes. Compulsory resignation.

Maxime Bernier. And here we come to the closing circle of the great paradox of these elections: Bernier (in the pic, from his Facebook profile), the only real winner, cannot enter parliament and cannot even win a seat in the whole country. Yet the weight of the People’s Party’s exploit represents the most significant fact of this election.

The PPC went from 294,000 votes received two years ago to 811,000 votes: an exponential growth, which has also had heavy consequences for other parties. Because it is evident that without the split of the right into two sections, the conservatives would have won this election. And it is evident that in many districts the votes for the People’s Party candidate were decisive for the defeat of the conservative candidate.