The electoral race heats up in Mississauga–Streetsville 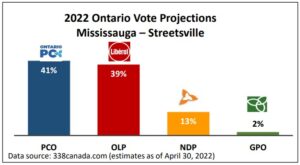 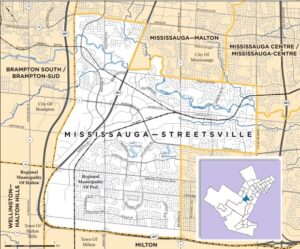 The district is home to 118,300 residents, of which a considerable segment are immigrants. Some of the largest populations were born in India, Pakistan and the Philippines. In terms of those who originate from Italy, 8,145 constituents self-identify as of Italian origin, as per the 2016 Census. That represents 7% of the population. 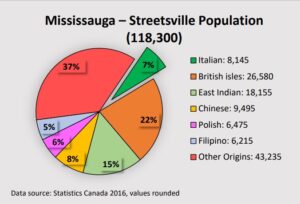 When contacted, MPP Tangri told the Corriere, “Mississauga-Streetsville is an economic and life sciences powerhouse that is home to major employers such as Microsoft Canada, Samsung, ROCHE, Bora and several more”. She also acknowledged the culturally diverse riding with its growing neighbourhoods that are ideal for attracting families.

She pointed to her Party’s plan with focus on key highway infrastructure investments and “improving the healthcare system” by “building a new, state-of-the-art Mississauga Hospital with 350 additional new beds”.

Meanwhile, the Liberals are aiming for a comeback with candidate Jill Promoli. The public health advocate and small business owner said, “residents here are the backbone of Ontario, helping keep the province’s logistics managed and shelves stocked”. She mentioned the tough challenges residents faced in the wake of Covid-19, hospitals stretched to beyond capacity and schools that struggled to keep classrooms open, “with too few supports for our kids and educators”, she added.

Promoli, whose Italian heritage goes back several generations said, “we need to focus our resources on what matters most in Ontario, including schools, healthcare and better care for seniors”.

Other names on this year’s ballot include Nicholas Rabba for the NDP and Reead Rahamut for the Green Party of Ontario. 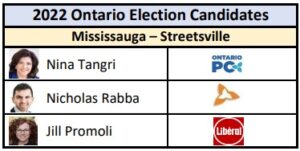 According to the most recent projections by 338Canada.com (April 30), the PC are in the lead at 41%. The Liberals follow close behind at 39%. The prediction model, which uses algorithms and considers all major polls, shows the NDP at 13% followed by the Greens at 2%. (See graph at the top of the article)