The last 48 hours of Edward Lake 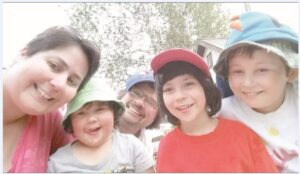 TORONTO – The tragic death of Edward Lake, father of the three children killed in an accident by Marco Muzzo in 2015, has awakened grief and anger throughout the community. On the one hand there are those who want the surname of the Muzzo family to be removed from the hospitals that have received millionaire donations from it – there are two petitions on change.org – on the other there are those who return to ask for harsher penalties for those who get behind the wheel drunk and sow death.

Many media outlets, such as Cp24 or Global News, have instead used their energies to find out more details about what happened to Lake the day before he died. What was stated by the Peel police in the hours when the news of the death became public knowledge, is that the officers went to Lake’s house for a “quarrel” and that a quarrel then broke out between the man and the policemen who then used a taser. Lake was charged with assault, transported to the hospital and then discharged. “Although there was no indication that the call was directly related to mental health, the officers who participated were conveniently informed of Mr. Lake’s story,” Peel Regional Police spokeswoman Heather Cannon said.

Meanwhile, signatures continue to rise relentlessly to have the name Muzzo removed from various hospitals. The petition launched by Daniela Palma has exceeded 2,500 signatures, that of Barbara Anne Smith is approaching 10 thousand adhesions.

Meanwhile, on social media people post both messages of affection towards Jennifer Neville-Lake, mother of Daniel, Harrison and Milly and wife of Edward Lake, and anger towards those who caused the tragedy with her irresponsible behavior. “I still can’t believe it. Such a loss is not easy to overcome”, “I am convinced that this man died of heartbreak”, “I hope that now he can rest in peace. Meanwhile, the murderer is at large.” And again “Marco Muzzo has destroyed an entire family. When you’re rich, you can do whatever you want without paying the consequences.”

And of consequences, however, for the Neville-Lake family there have been many after the death of his children and after learning of the full probation granted to Marco Muzzo in February 2021. “I’m angry because my children never had a chance to grow up,” he said at the Lake hearing, “I wake up every day crying. I suffer from depression and I have suicidal thoughts, I feel lost, I feel destroyed. It’s scary when you want a hug from your children and they’re gone.”

These words comment on themselves. That make you imagine how the life of Jennifer and Edward Lake was, which give the measure of how the silence that suddenly fell within the walls of their home was difficult to bear. Edward Lake on Father’s Day – a simple coincidence? – he decided to put an end to his life. But these days there are those who do their best to discover things of little importance in the face of the history of this unfortunate family.