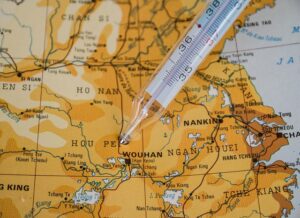 BEIJING – A nightmare that seemed over and that instead returns. China, where it all began, is trembling with the coronavirus and Wuhan, the symbolic city of Covid-19, is reviewing the lockdown, albeit partial and limited to an area, after the dramatic total blockade experienced between the end of January and 8 April 2020, which so impressed the rest of the world still free (at the time, and for a while …) from the virus.

The capital of Hubei, where the novel coronavirus was first detected at the end of 2019, closed the Zhuankou Street area, in the economic development zone, when local authorities confirmed three new cases of the Delta variant, believed to be highly contagious. The measure was announced by a note from the Municipal Health Commission, while the state network CCTV spoke of some areas in precautionary lockdown.

The Chinese authorities then decided to screen all residents in Wuhan: they are 11 million inhabitants, in the first city in the world that has been quarantined since January 23, 2020 for 76 days.

The resurgence of the virus, which is affecting countries that long believed they had overcome the worst, is being supported by falling vaccination rates and new, more dangerous mutations. In China, where it was thought that the virus had been eradicated due to the absence of local infections for months, both the lives of citizens and the economy had restarted but now dozens of cities have been affected again and the Delta is spreading throughout the Country after infecting employees responsible for cleaning aircraft at Nanjing airport.

Meanwhile, even in Japan the new coronavirus is frightening the population and the authorities. There are 3,709 new coronavirus infections today, Tuesday 3 August, in Tokyo, city of the Olympics: 861 more than last Tuesday. Official data also speak of another seven deaths from complications attributable to Covid. A “state of emergency” due to the coronavirus pandemic is in effect until 31 August in Tokyo and other prefectures. Restaurants and bars remain open but cannot serve alcohol and an early closure has been imposed. There are those who believe that the measures are no longer sufficient to avoid overloading the health system. Tokyo governor Yuriko Koike has returned to ask the city’s residents to stay at home. The Delta variant of the coronavirus, she said, is a “very strong enemy”.

Critical situation also in Russia, where in the last 24 hours (among the other yesterday and yesterday) 22,010 new cases of Covid-19 have been recorded, a figure down compared to 23,508 of the previous day, and 788 deaths. According to the Russian Federal Response Center, the overall contagion count is at 6,334,195. Moscow has the highest number of new cases with 1,952 infections per day, down from 3,330 the day before.

And, speaking of Russia, today was the news that Argentina will produce millions of doses of Sputnik V. The Argentine pharmaceutical institute Richmond Laboratories and the Russian Fund for Direct Investments have in fact announced the distribution in Argentina of the second dose of Sputnik V vaccine, produced locally, as reported by the Telam news agency. A statement confirms that the vaccine samples produced in Argentina have successfully passed the quality control in Russia at the Gamaleya Center. Thanks to this green light, Argentina will produce over three million units of the second dose this month, while the first 150,000 will go into circulation as early as this week. Together with the Chinese Sinopharm vaccine, Russian Sputnik V has been the most used by Argentine health authorities so far.